Kabul: Various transport companies and drivers of the Kabul-Herat highway protested on Monday, against extortion on this route.

Protesters say anti-social elements in the provinces along the Kabul-Herat highway extort money from drivers. Ahmadullah Abdali, head of the Ahmad Shah Abdali Transport Company, said that despite the presidential decree and the Ministry of Transport warning, extortion of drivers still continues.

He referred to the Land Transport Cohesion council, which charges drivers for transport companies on the Kabul-Herat highway. Ahmadullah Abdali claimed that the cost of land transport costs between 500 and 1,000 afghanis.

According to him, this action is illegal and the Land Transport Cohesion Council should be abolished. 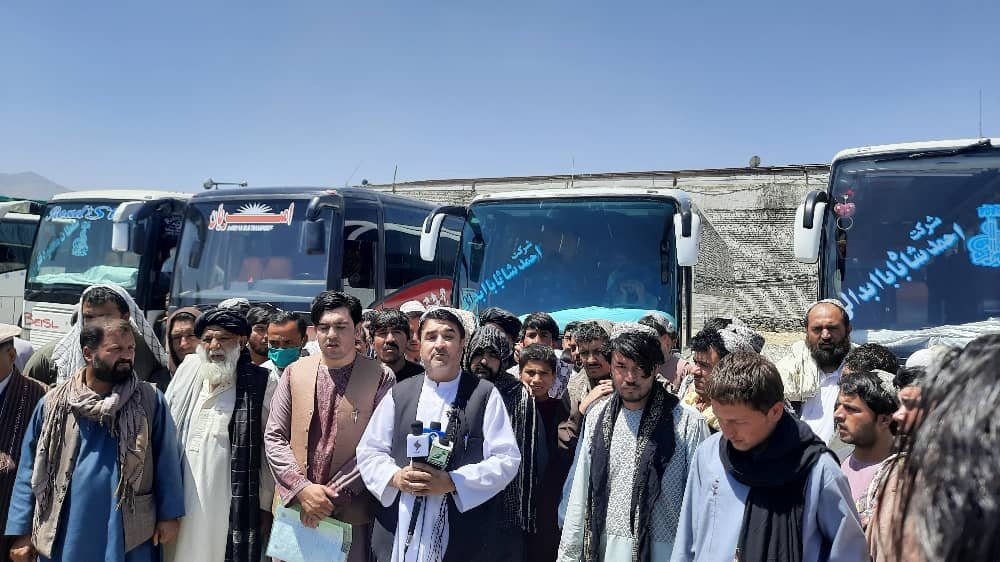 Transport companies and drivers warned that they would go on strike if their demands were not met. The Land Transport Cohesion Council, registered with the Ministry of Justice, has not formally commented on the matter.

A number of drivers also accused the Taliban of extorting money on the Kabul-Herat highway. About three months ago, transport companies staged a protest against extortion on highways. The protests lasted for 20 days.

The strike by transport companies and drivers has given way to rise in prices of raw materials and food items in the markets.