Kabul: With the violence surging across all provinces in Afghanistan, various members of the House of Representatives are emphasizing that this House should be closed and that MPs should go to the battlefield alongside the security forces.

Hossaini also alleged that according to his information, Taliban prisoners were being secretly released, while army officers were still being held. “If this is true, people will revolt,” he added. 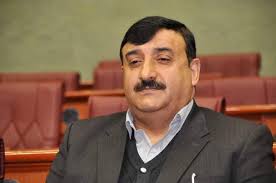 Ghor MP Atta Mohammad Dehghanpour also said, “Shahrak district has fallen due to the government’s negligence. A large number of soldiers have been killed and their bodies have been left on the streets for three days.”

A number of other members of parliament also worried about the fragility of the security situation. Faryab MP Shafiqa Yulji said that of 14 Faryab districts, not one is in the hands of the government. “Yesterday, Qaisar district fell, 80 security forces were killed and wounded in Qaisar district. Nearly 2,000 homes have been destroyed. People are in a dire situation. There is also the possibility of Dolatabad falling,” she said.

However, Mir Rahman Rahmani, speaker of the House of Representatives, said in a summary that the Taliban’s campaign and attacks on security centers and cities had resulted in civilian casualties.

Rahmani stressed that the Taliban and other terrorist groups have shown that they are not committed to human and Islamic values by expanding the scope of indiscriminate violence. He added, “Terrorist attacks show that the enemies of Afghanistan still do not believe in a political solution to the Afghan crisis.”