Kabul: The center of the Dawlat Shah district in the northern province of Faryab fell to the Taliban on Monday evening, a member of the provincial council, Abdul Ahad Elbek said on Tuesday.

Elbek said that a number of the security forces have evacuated the center of the district after intense clashes with the Taliban. “The telecommunication services are not working and there are no reports of casualties on both sides,” he said.

Local officials have not commented on the fall of the area to the Taliban. Also, this week, the center of Qaisar district of the province was also fell to the Taliban following heavy clashes.

Meanwhile, local sources in Ghor province say that four civilians and a policeman were killed in a Taliban attack in Khamshur area of Lal Wa Sarjangal district of Ghor province. 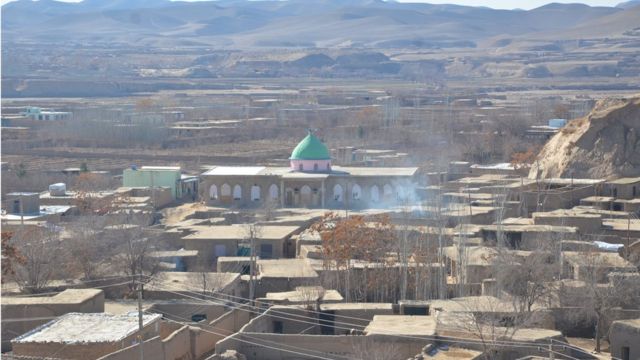 According to these sources, the Taliban attack occurred on Monday night. Roghaya Nayel, a Ghor MP in the House of Representatives, also confirmed the Taliban’s attack on the Khamshur area.

According to her, the Taliban targeted a security checkpoint in the Khumshur area, killing civilians and soldiers. There are also reports that clashes continue in parts of the district of Ghor.

On the other hand, while the Ab Band district of Ghazni province is rumored to have fallen to the Taliban, local officials say security forces are active in the district and reports of the collapse of the district are incorrect.

A spokesperson for the Ghazni governor said 14 members of the Taliban had been killed and seven others wounded in the clashes.

Wadullah Juma Zada added that three security personnel were killed and two others were injured in the clashes. The spokesman for the Ghazni governor said that two checkpoints of five members of the Afghan National Police and the uprising forces, called Antenna checkpoints and Sarfaraz Fortress, which were located between residential areas, had been evacuated to prevent casualties among security forces and local residents.

He says that the forces stationed in these checkpoints have been transferred with all their equipment to the district headquarters and Ab Band police headquarters.