Kabul: Emphasizing that the US and coalition forces and the international embassies supporting them are there at the invitation of the current Aghan government led by President Ashraf Ghani, CENTCOM’s General McKenzie said on Monday, “We won’t be there unless we’re, you know, we are invited to be there.”

He said the invitation may disappear if a new governing structure emerges that includes the Taliban. The United States is planning to keep an embassy in Kabul after US troops depart unless Afghanistan’s next government tells US officials to leave, the head of US Central Command conceded on Monday.

Australia closed its embassy last month, citing the inability to guarantee security for its diplomats after withdrawal. In April, US Embassy-Kabul ordered all staff whose jobs do not require them to physically be in Afghanistan to depart.

Protection of staff who remain will fall primarily to the Afghan government, McKenzie said. “It will be first and most important their responsibility to protect that embassy, although we will always take whatever measures are necessary to protect our diplomats in any embassy anywhere in the world,” he said. 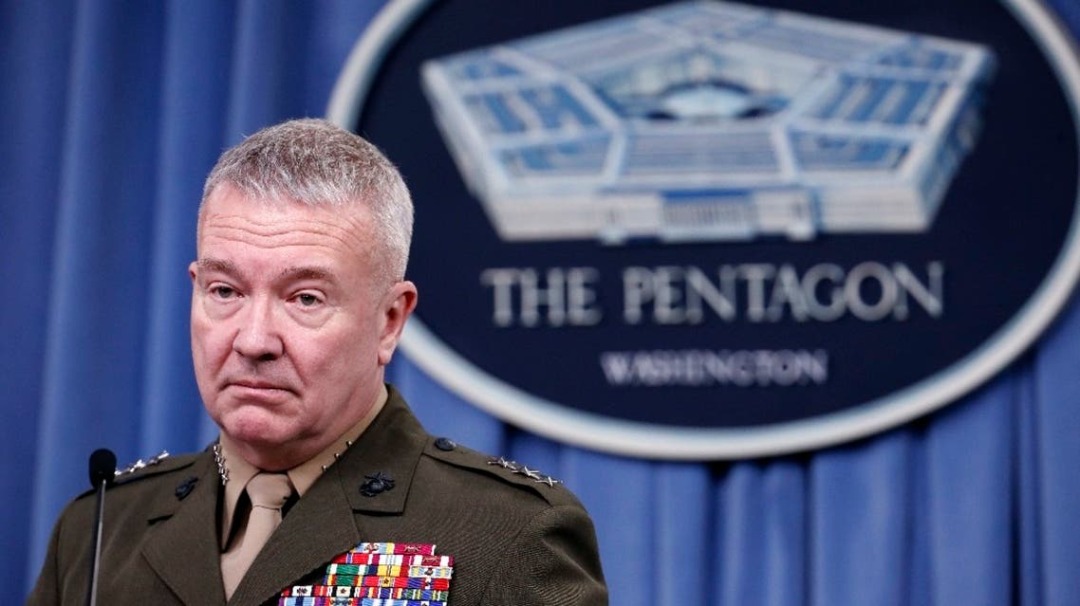 American consular staff who remain in country are flooded with requests to process Special Immigrant Visas for Afghans who have worked with American or coalition forces over the years to help them leave as well. On Monday, the Taliban issued a statement urging those Afghans to remain in the country.

To date, the State Department has completed processing about 20 percent of the 18,000 visa requests it has received from Afghans who worked for them over the last two decades. The vast majority of those applications are just in their beginning stages, with time running out.

But McKenzie suggested that even if the drawdown has largely finished, the military will be able to help get those allies out of the country — if they are tasked to do so. “We will have the capability to exercise whatever orders we’re given,” McKenzie said.

Meanwhile, NATO is still figuring out how it can continue to train Afghan forces after NATO troops depart Afghanistan, the alliance’s top official said on Monday.

“The drawdown is on track and we’re drawing down our troops in a coordinated way,” said Jens Stoltenberg, NATO’s Secretary General. He was in Washington to meet with President Biden – who very publicly pledged to pull out US forces by 9/11/2021 – and with key members of Congress ahead of next week’s NATO summit in Brussels. Preserving the safety of NATO troops as they withdraw is “our main concern,” he said, but it’s also important to “preserve hard-won gains.”

Stoltenberg emphasized that a NATO civilian presence will remain, helping build capacity at Afghan institutions. NATO will also continue to fund the Afghan National Security Forces, which depend on foreign money to meet payroll.

It’s still to be determined, however, how NATO will continue training Afghan troops. The idea is to bring Afghans to other countries for training, but it sounds like most of the details are yet to be determined. “We are looking at how we can provide training outside Afghanistan,” said Stoltenberg. “We can train Afghan forces in other countries. We are ending our military mission in Afghanistan, but we are not ending our support for Afghans,” he emphasized.