President Ashraf Ghani today in a meeting with the presence of Marshal Abdul Rashid Dostum evaluated the security situation of the northern provinces of the country.

The Presidential Palace in a statement on Saturday said that in addition to evaluation of security situation, President Ghani also praised the performance of Afghan security forces. 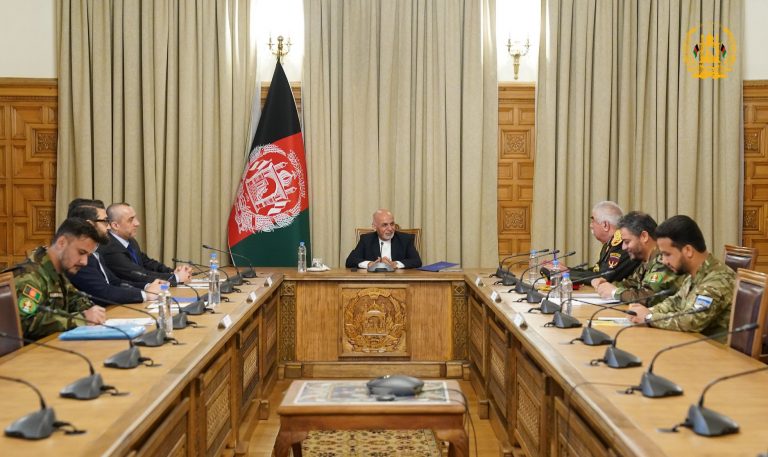 Attracting people to the ranks of the security forces and paying more attention to equipping and supporting these forces have also been among the topics discussed at the meeting.

Marshal Dostum, who recently returned to Kabul after two years, has always said that if he is allowed, he will defeat the Taliban on the battlefields within six months.