The Ministry of Foriegn Affairs (MoFA) in a statement said that the two sides discussed the finalization of the Strategic Partnership Agreement between the two countries, advancing the Afghan peace process, good governance, and the continuation of Denmark’s valuable assistance to Afghanistan.

Calling Denmark a valued partner, Mr. Atmar honored the sacrifices of Danish soldiers and expressed gratitude for Denmark’s humanitarian and development assistance to Afghanistan over the past 20 years. 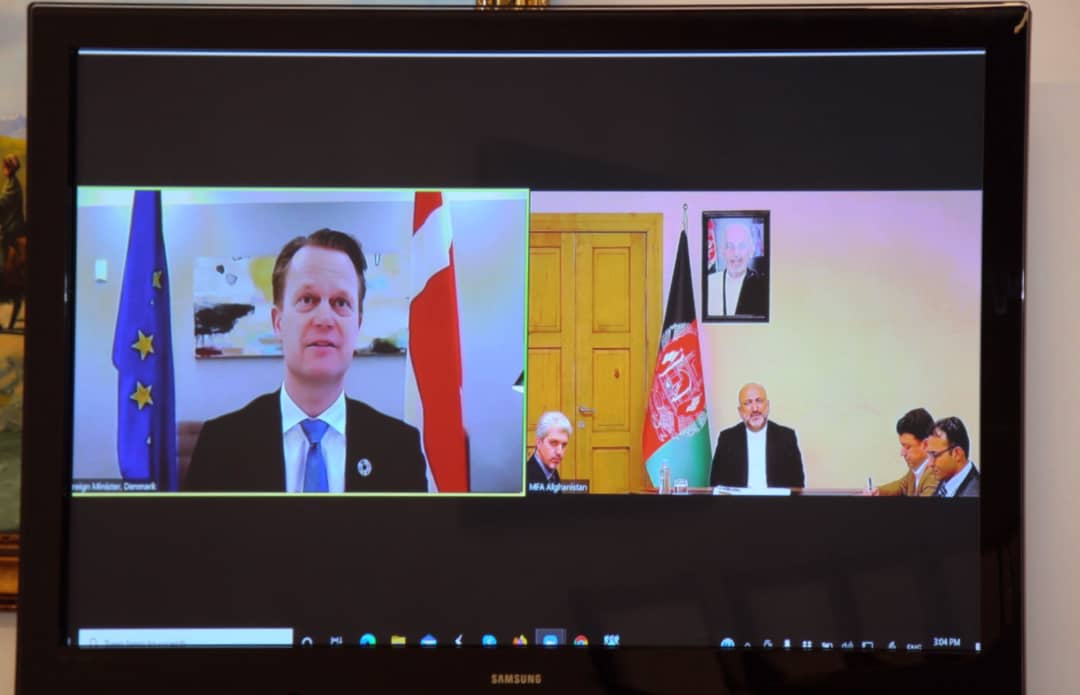 Referring to the endstate of the Afghan peace process, Minister Atmar stated that the Government of the IRoA believed in a political settlement supported by the Afghan nation and international community, and that can lead to lasting and sustainable peace.

Expressing his government’s strong support for the peace process, Foreign Minister Kofod said that Afghanistan must not become a terrorist haven again. Emphasizing the preservation of Afghanistan’s democratic and human rights achievements, Mr. Kofod added that we must “avoid putting progress and sacrifices at risk.” He assured the Afghan Foreign Minister of Denmark’s continued commitment to the Resolute Support mission in Afghanistan.