Amid stalled U.S.-brokered peace negotiations between Afghanistan’s government and the Taliban, and with no clear indication whether President Biden will withdraw the remaining 2,500 U.S. troops from Afghanistan by a previously agreed May 1 deadline, pressure has been mounting for progress on peace.

Fawzia Koofi, a member of the Afghan parliament and women’s rights activist, has survived two assassination attempts — the first in 2010, when her convoy was targeted by the Taliban, and the second in August, when she was shot by unknown gunmen.

In an interview with Morning Edition’s Rachel Martin, Koofi says it’s vital to protect Afghanistan’s hard-won gains since the fall of the Taliban in 2001.
“For the past 20 years we have invested, along with our partners and allies like the United States, blood and treasure for these [democratic] institutions,” Koofi says. “Now, we cannot easily let them collapse.” 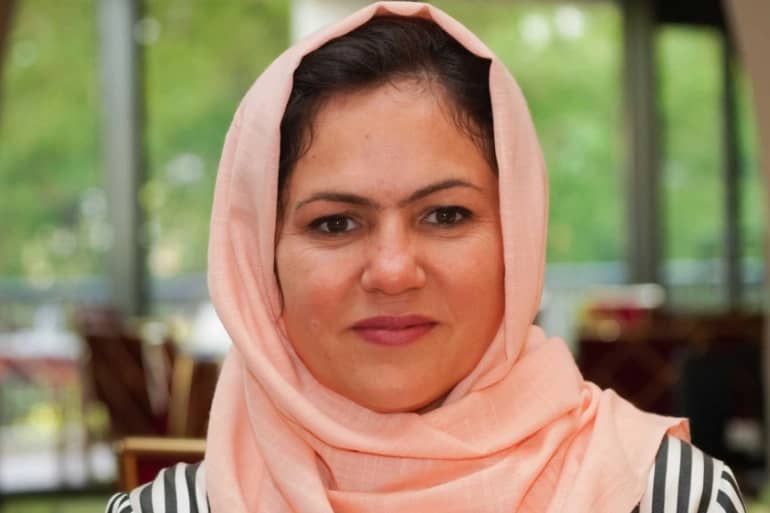 On Afghanistan peace talks, she said, “We have entered issues of substance over the last two or three weeks. We have been discussing points that matter for the security and safety of our people, including extrajudicial killings and the security of the highways and roads. We have also been discussing how prisoners should be kept according to the rules and procedures. And I think we have kind of come to some sort of agreement on these issues.”

“We certainly need some pressure on the other side to enter the main topics for discussion. We started with not-so-complicated issues as a means of trust building and to understand each other’s points of view. From our side, the main issue is a discussion on cease-fire, because we know that there is an unacceptable level of violence, especially extrajudicial and targeted killings that have targeted human rights activists, journalists, et cetera. And also people are stopped on the highways traveling between cities, villages, and districts. And they are being unlawfully punished.”

“From the other side, I think the first thing that they have put in the agenda is a kind of a political pathway and a discussion on Islamic structure. But I think they probably want more time to see what the final U.S. strategy will be,” she added.