Roshan, Afghanistan leading digital communications provider, announced the winners of its biggest lucky draw at an event in Kabul.

The Roshan company in a press release said that the winners were selected in a totally transparent process where all of Roshan’s 6 million customers had the chance to win weekly, monthly and the mega prize of 2 million Afghanis. 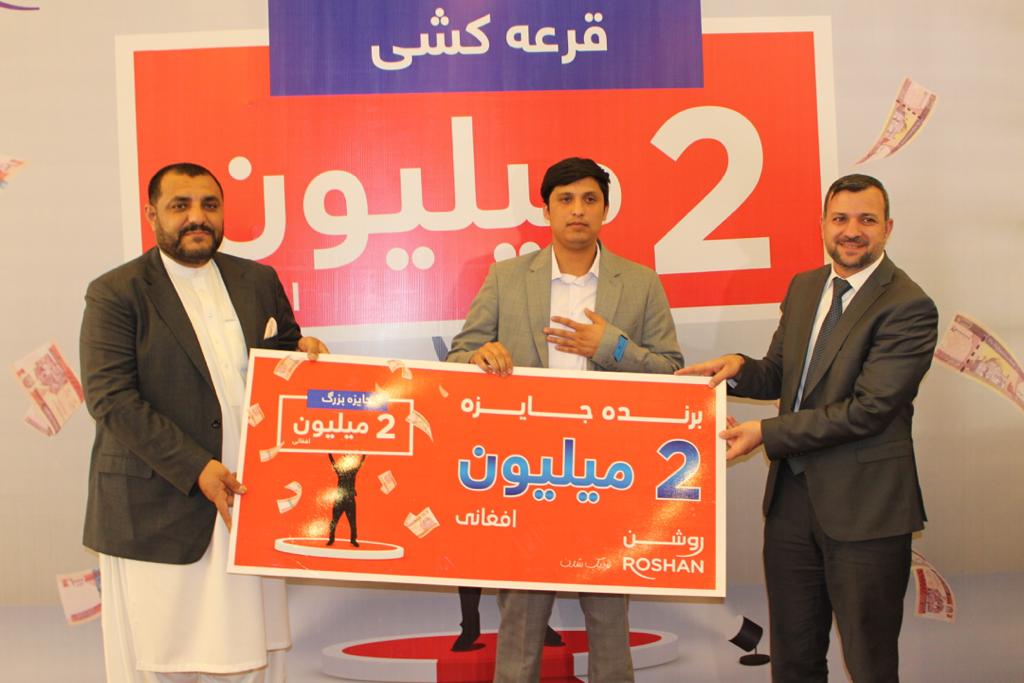 “At Roshan we are committed to helping the people of Afghanistan, not only through the newest mobile technology and digital content, but also by creating economic and financial opportunities,” said Altaf Ladak, Roshan deputy CEO. “This year, we also wanted to support our customers and thank them for their loyalty by launching Afghanistan biggest lucky draw.”

According to the press release, for the past four years, as part of its commitments to support the people of Afghanistan, Roshan has been launching lucky draw initiatives.

“This year’s lucky draw was launched in November of 2020 and ended on January 28th, 2021. Roshan’s customers from wherever of the country had the chance of winning 50,000 Afs weekly 200,000 Afs monthly or the mega prize of 2 million Afghanis,” the press release said.

The company added that in this year’s lucky draw, there were a total of 18 winners of weekly and monthly prizes, of 50,000 Afs and 200,000 Afs, and one winner of the biggest prize of 2 million Afghanis.