The Chairman of the High Council for National Reconciliation Abdullah Abdullah says the leadership committee of HCNR today left for Russia to attend the Moscow peace summit on Thursday.

“Joined by political leaders, some members of the negotiating team & the leadership committee of the HCNR, we are heading to Russian Federation to take part in Moscow Conference on Peaceful Settlement in Afghanistan, organized by Troika member states and hosted by Russia,” Dr. Abdullah said. 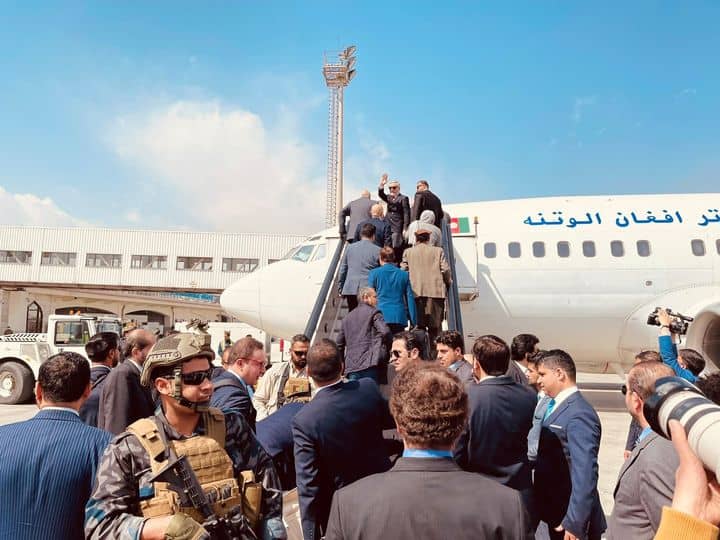 “We are looking forward for a successful conference and exchange of views with the Taliban delegation and the host country. The conference focuses on ways of boosting the intra-Afghan talks in Doha, reducing the violence and ending the conflict in Afghanistan,” the chairman of HCNR said.

“It also debates the ways and means to promote the development of Afghanistan as an independent, peaceful and self-sufficient state, free from terrorism and drug-related crimes. We acknowledge the pivotal role of Afghanistan’s neighbors, and Russia in establishing a lasting peace in the country,” he added.

Dr. Abdullah thanked Troika and Russia for organising this timely and important conference.

“While, welcoming regional and international initiatives to support the peace process, we strongly believe that Moscow conference will boost the Doha peace talks, and the upcoming Turkey conference on Afghanistan,” Abdullah said.