Former Afghan President Hamid Karzai welcomed the plan to establish a transitional government in an exclusive interview with the BBC at the start of the country’s peace summit in Moscow.

He said there are only two ways; The merging of the Taliban with the current government or the formation of a transitional government that would pave the way for the Taliban to merge.

Mr Karzai says Afghans and foreign partners should not allow the opportunity for peace in the country to be lost.

Karzai stated that his goal in supporting the transitional government is not to sacrifice the democratic system but to unite Afghans.

He emphasized that a system must be proposed on which both sides agree and the people agree.

Earlier, President Ashraf Ghani, in response to the US plan, stressed that he was not willing to transfer power to anyone without holding elections, but he said he was willing to agree on the timing of the elections with the other side.
buy Xenical generic rxxbuynoprescriptiononline.net over the counter

Mr. Ghani has once said that he will not allow anyone to form an interim government while he is alive. 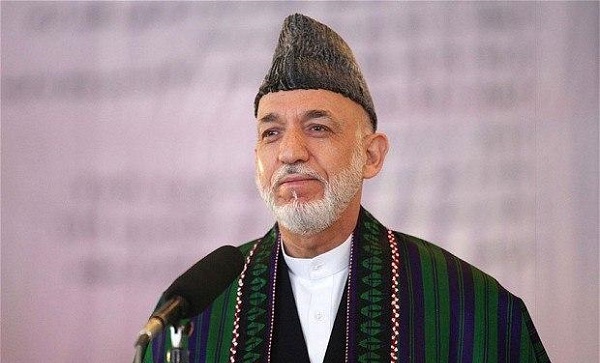 Asked if Mr Ghani was an obstacle to the peace process, Mr Karzai said in an interview with the BBC, “All parties, including Mr Ghani, should be flexible about peace.”

“For peace, we must all be very, very flexible. The lives of the people must be a priority. President Ghani wants elections, and if the Taliban accept, this is good and the easiest way, but if it does not happen, we should not allow this conflict remains very unfortunate, in which case it is the duty of everyone, including President Ghani, to think of an alternative.”

The ex-president has said he has led Afghanistan for 14 years and has no plans to re-lead the country, which he has said many times in the past.

Zalmai Khalilzad, the US State Department’s special envoy for Afghanistan peace, presented his government’s plan to resolve the Afghan political crisis during his recent visit to the country, which is said to include the creation of an interim and transitional government.

The Afghan government has not yet explicitly responded to the plan, but the first vice president has strongly opposed it, saying he will never sign it.

Following that, a letter from US Secretary of State Antony Blinken to Afghan President Mohammad Ashraf Ghani was shared to the media, warning in a strong tone about the situation in Afghanistan and emphasizing the need to speed up the peace process.