Afghan Foreign Minister Haneef Atmar says peace with the Taliban is possible when the group respects the wishes of Afghan people in the light of the formation of an Islamic Republic government and the preservation of the democratic achievements of the past two decades.

The Ministry of Foreign Affairs in a statement said that Mr. Atmar raised this issue yesterday at the second meeting of the Tehran Dialogue Forum, which was held virtually.

According to the statement, Mr. Atmar said that peace with the Taliban still required the group to enter into honest and meaningful negotiations with the Afghan government. 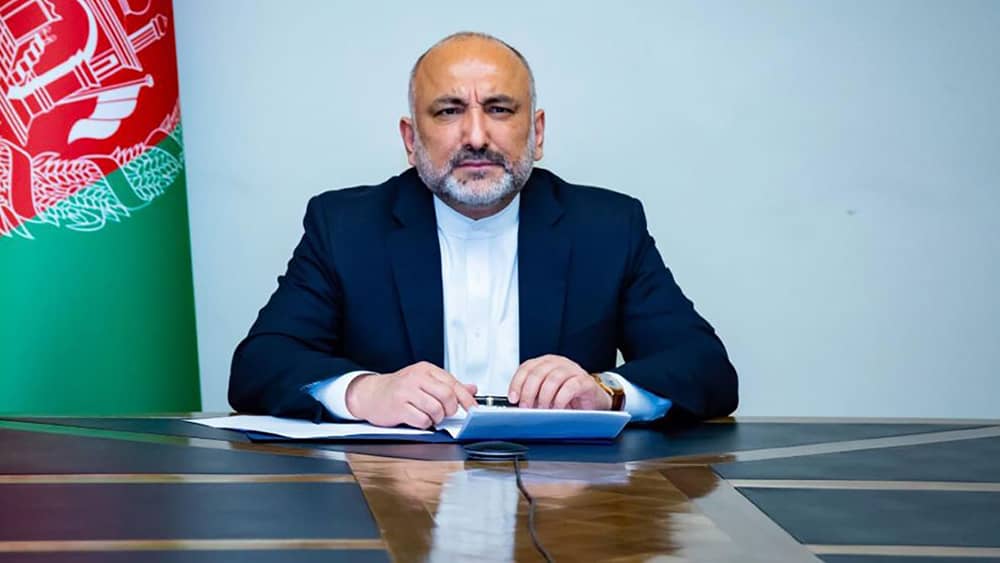 On the other hand, he added that any initiative and plan for peace in Afghanistan will be effective when it is within the framework of the Constitution of the Islamic Republic of Afghanistan and based on a correct understanding of the conditions and will of the people.

The Foreign Minister also added that the establishment of peace in Afghanistan is related to regional and global security.

He stressed that Afghanistan has been facing the challenge of terrorism for the past two decades and has tried not to become a safe haven of terrorism in the region again.

The Turkish Foreign Minister also said at the meeting that his country strongly supports the peace process and the political solution of the Afghanistan crisis.