Afghan Foreign Minister Haneef Atmar and his Indian counterpart S Jaishankar on Monday held wide-ranging talks with a focus on the peace process in Afghanistan, which is making efforts to build regional and international consensus on the peace talks.

Key issues, including strengthening security cooperation, regional connectivity and trade and investments were also discussed during the meeting between Mr Jaishankar and Mr Atmar, who arrived in Delhi on Monday afternoon on a three-day visit against the backdrop of renewed efforts to speed up the Afghan peace process.

The Afghan foreign minister’s visit to India came days after Russia hosted a conference between Afghan government and the Taliban in Moscow, and pressed for a ceasefire in the war-ravaged country. 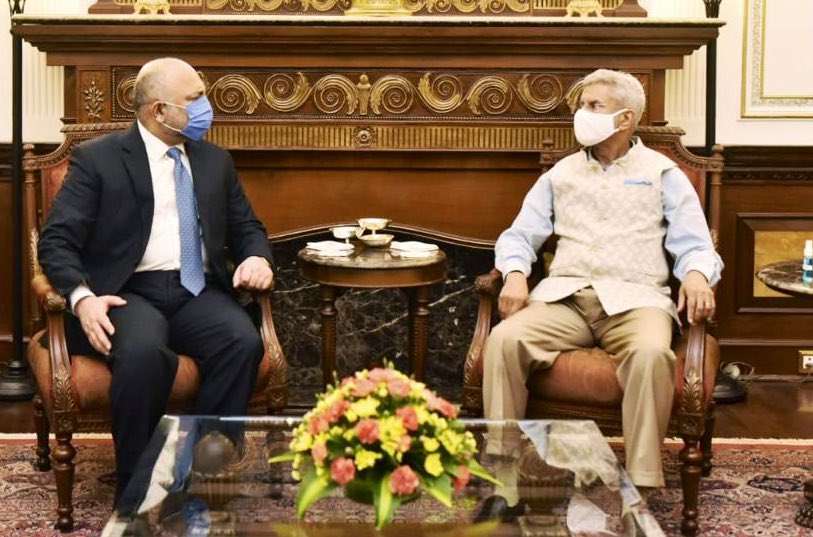 The Afghan foreign minister also said that he was looking forward to holding talks with senior officials of India on the Afghan peace process as well as on security and economic cooperation.

The Afghan foreign ministry said the purpose of Mr Atmar’s visit to India is to discuss bilateral relations, strengthen regional and international consensus on the Afghan peace process, and enhance cooperation in security, economic, political and cultural spheres.

In the meantime, Jaishankar in a tweet said, “Welcomed FM M Haneef Atmar of Afghanistan. Detailed conversation on the peace process. Also exchanged views on our bilateral cooperation and development partnership.”