The Afghan Foreign Minister, Haneef Atmar met with Special Representative of the UN Secretary-General Deborah Lyons Deborah Lyons and discussed the Afghan peace process and the role of the United Nations in the success of peace talks in the country.

The Ministry of Foriegn Affairs (MoFA) in a statement on Saturday said that FM Atmar spoke about the Moscow Peace Summit and the preparations for the Turkish Peace Summit, emphasizing the comprehensive and constructive role of the United Nations in strengthening the regional and global consensus for the success of the peace talks. 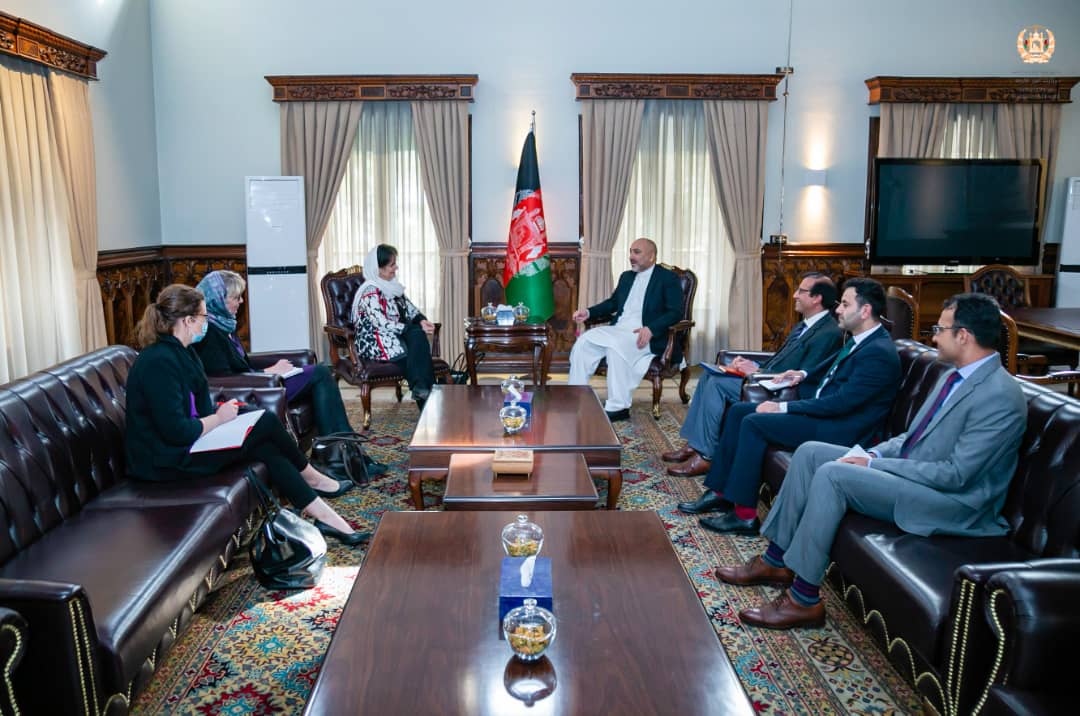 In the meantime, Ms. Lyons called the role of regional countries and the international community in ensuring lasting peace in Afghanistan vital and assured the continuation of UN efforts to strengthen consensus and the success of peace talks in the country.

The statement added that the two sides also stressed the implementation of UN Security Council Resolution 2513 and expressed hope for the success of peace talks in the country and the will of the Afghan people.
buy levitra soft online blackmenheal.org/wp-content/themes/twentytwentytwo/inc/patterns/en/levitra-soft.html no prescription