Dozens of residents of Ghor province in a protest rally in Firuzkuh city, the capital of the province, have called for the removal of Noor Mohammad Kooh Naward, the governor of the province.

Hassan Hakimi, one of the organizers of the protest said that they were protesting for the fourth time in a row.

Mr. Hakimi also said that the protests will continue until Noor Mohammad Kuhnvard, the governor of the province, is dismissed. 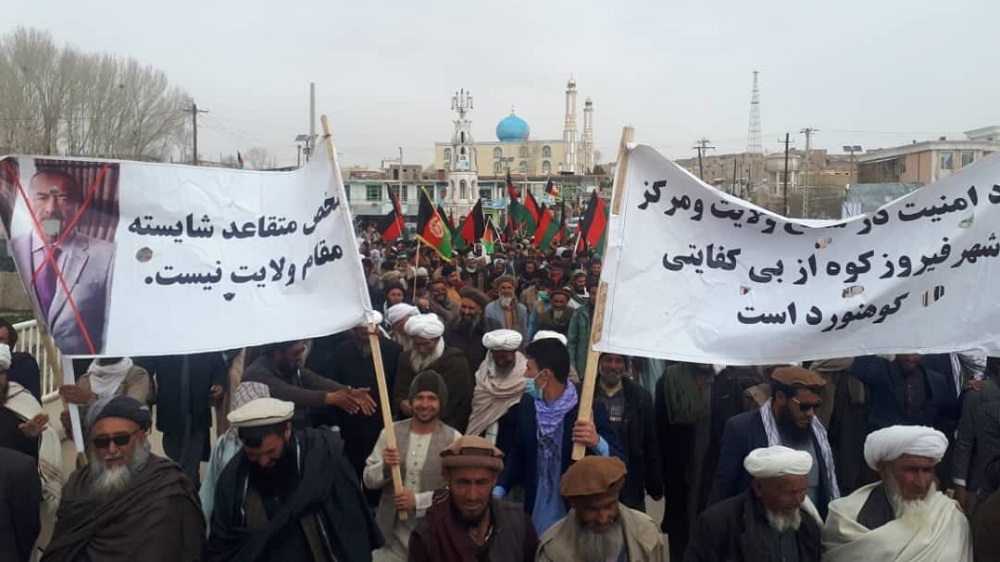 According to him, the residents of Ghor have been setting up sit-in tent in front of the Ghor governor’s office for 26 days, accusing the governor of failing to control insecurity and manage the province.

But the governor of Ghor claiked that he would use all his strength to provide security of Ghor and solve other challenges.