Amrullah Saleh, the first Vice President, warns that a deal on the constitution and the right of the Afghan people to vote will never be acceptable.

Speaking in Kabul on the seventh death anniversary of Marshal Mohammad Qasim Fahim, VP Saleh pointed to US Secretary of State Antony Blinken letter to President Ghani, saying Afghanistan values ​​its relationship with the United States, but that under no circumstances should anyone deprive the Afghan people of the right to vote.

“We are not worried about this letter and our position has not changed,” he said.

He added that the West and the United States have the right to decide about their forces in Afghanistan, but “it is our legitimate right not to compromise the fate of Afghanistan’s 35 million people based on others timetables.”

Regarding the meeting of politicians in Turkey, he said that 20 people could not decide the fate of the people by gathering in one room, but that the people wanted a dignified peace.

He warned that if that happens, he, like Imam Hussein, will stand up against the Taliban and their supporters.

“If the Taliban agree with us on the principle of the election, we can talk about its date,” he said. “If the deal between a few people takes away our system and our achievements and the right of the people, we will not accept it at all.” 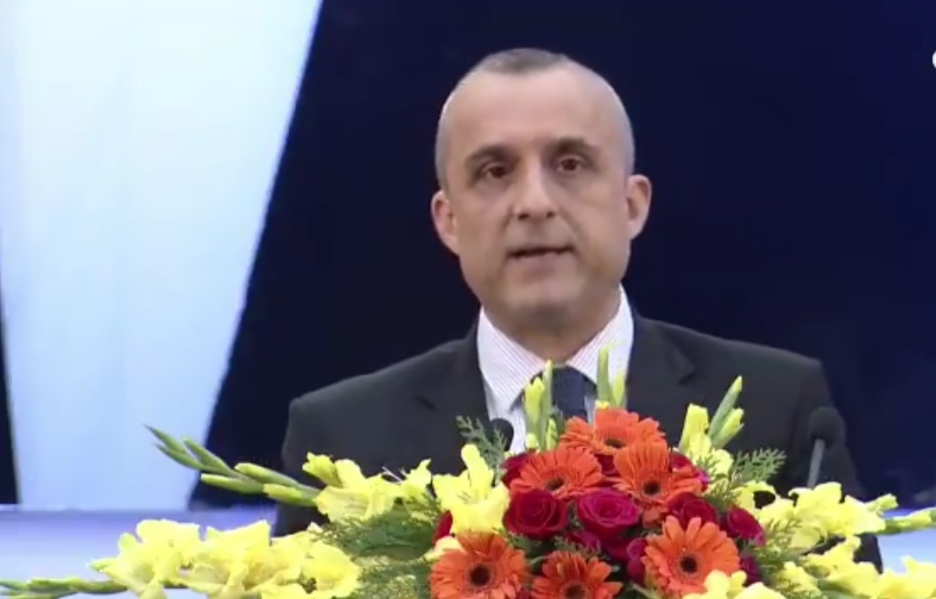 In the meantime, Abdullah Abdullah, the chairman of the High Council for National Reconciliation, said at the meeting that two days before the arrival of Zalmay Khalilzad, the US special envoy for peace in Afghanistan to Kabul, the US embassy representative had sent the letter to them.

“Although I do not want to defend the letter, important issues in the letter should be discussed” he added.

“No one can impose anything on the people of Afghanistan. Divisiveness, discrimination and incompetence have caused everything to be imposed on us,” Abdullah said.

He stressed that “the achievement of the right to vote, which is the greatest achievement, should not be dealed.”

Mohammad Mohaqiq, President for Security and Political Affairs, also told the meeting that Afghanistan is in a critical situation.

“We cannot undermine our past achievements,” Mohaqiq said.