President Ghani on Monday addressed the closing ceremony of the “Safe and Stability” regional conference, which was attended by a number of elders and women from the Pashtun Tahafuz Movement and the Awami National Party from Khyber Pakhtunkhwa, at the presidential palace.

“The Government of Afghanistan is committed to ending the current crisis fundamentally,” Ghani said.

President Ghani also stressed the need to increase trade due to fundamental changes in the lives of residents on both sides of the Durand Line, adding that it is the will of both sides.

He noted that a joint transport company would be set up for residents on both sides of the Durand Line, and that he was working closely with them. 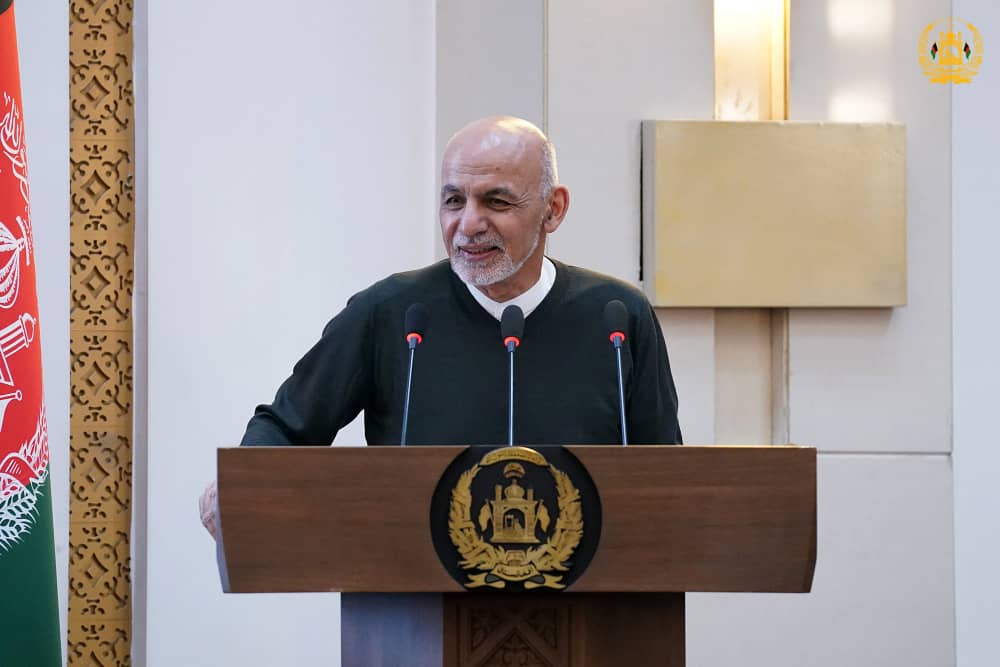 The president also instructed the Ministry of Borders and Tribal Affairs to begin work on a major reconstruction of the tomb of Pashtun poet Ghani Khan.

Yesterday, Hamdullah Mohib, the National Security Adviser, said that talks with the Taliban would not lead to a permanent end to the war in the country, so talks should be held with the group’s foreign supporters.