Habiba Sarabi, Member of the Negotiation Team of the Islamic Republic of Afghanistan, participated in an online meeting held on the occasion of March 8, International Women’s Day, organized by the “Hazara Council of Great Britain”.

Islamic Republic of Afghanistan Peace Team in a statement said that the meeting was also attended by Sima Samar, former State Minister for Human Rights and International Relations.

According to the statement, Ms. Sarabi spoke about the importance of the role and presence of women in the peace process and their political participation. 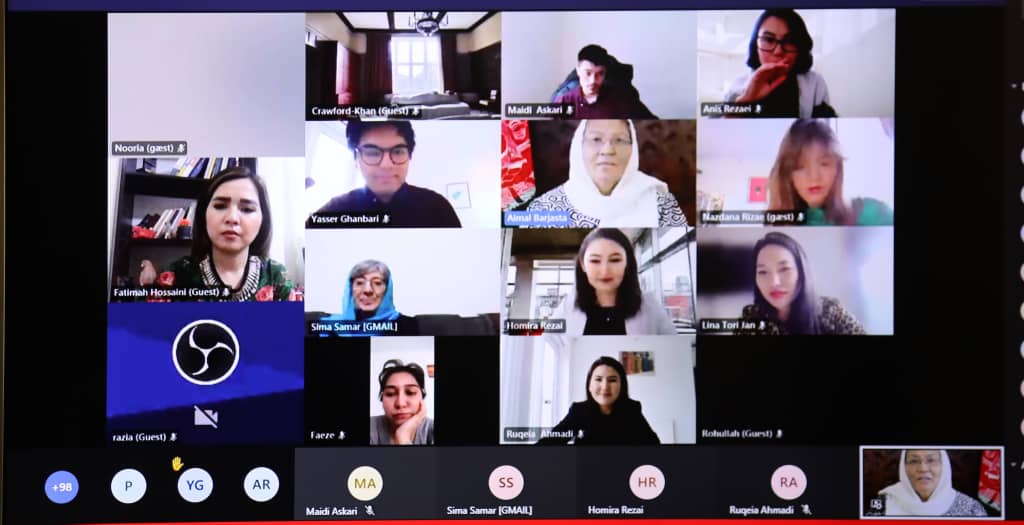 Ms. Sarabi said: “The International Women’s Day is being celebrated while Afghanistan peace negotiations are underway, and I am happy to represent Afghan women in these negotiations. My colleagues and I will spare no effort to protect the rights and achievements of women.”

She added: “Unfortunately, the Afghan people are suffering from the violence and targeted killings that have recently been increased, and our efforts are focused on achieving a comprehensive ceasefire and stopping the ongoing violence.”

Ms. Sarabi called the presence of women at various levels of decision-making, important and valuable. She emphasized the development of women’s capacities as one of the necessities of the present age to better move their responsibilities forward.