Germany is committed to the peace process in Afghanistan, Defense Minister Annegret Kramp-Karrenbauer said on Friday during a surprise visit to troops in Mazar-i-Sharif, where the majority of German troops are deployed. 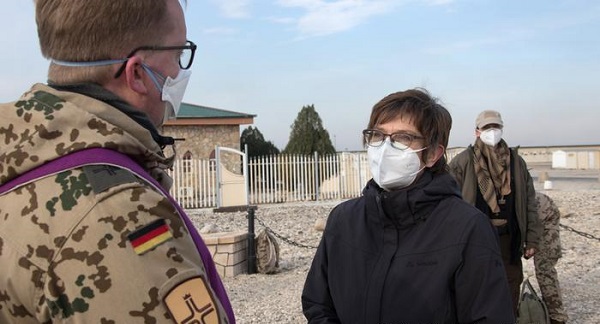 “We are ready to continue supporting the peace process,” the defense minister said.

On Wednesday, the Cabinet in Berlin approved a 10-month extension  until next January of Germany’s military mission there, a move that still has to be approved by parliament.

During her visit, Kramp-Karrenbauer said the country “urgently needs a settlement between the opposing groups of its society.”

Soldiers cannot replace these reconciliation processes, but they were “making an important contribution together with allies, especially in the north of the country,” she added.