Kam Air’s first female Afghan pilot, 22-year-old Mohadese Mirzaee, joined Captain Veronica Borysova in piloting the Boeing 737 from the capital city of Kabul to Herat in western Afghanistan on Wednesday. While they were at work in the cockpit, four female cabin crew serviced passengers for the routine 350-nautical mile flight while it journeyed across the country. 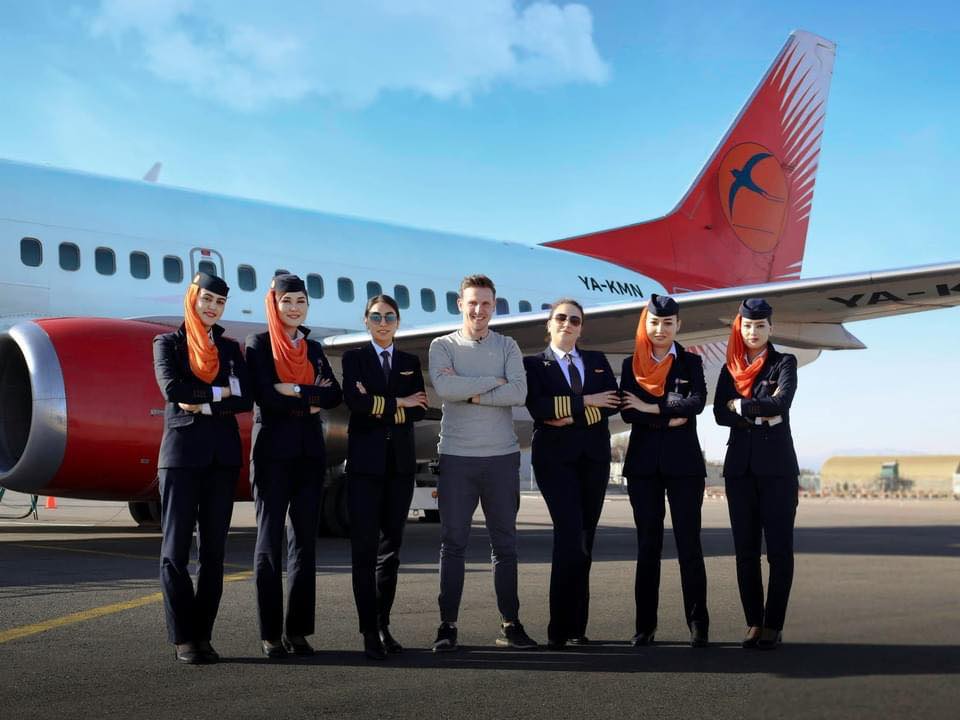 The 23-year-old Boeing 737-500 performing the flight was originally delivered to Continental Airlines in 1998, according to Planespotters.net, and delivered to Kam Air in April. It isn’t the oldest aircraft in Afghanistan but the type has long been retired by US airlines.