According to the statement, the UK PM reiterated his country’s longstanding support for the Afghan government’s fight against the Taliban as part of the NATO coalition. 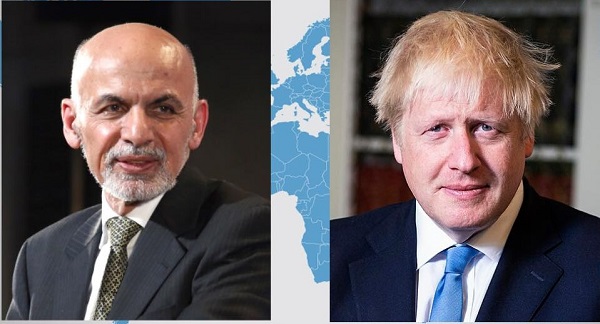 The statement cited that both sides agreed on the importance of making progress in peace talks to secure a sovereign, democratic and united Afghanistan, and to preserve the gains made by civil society and women and girls.

The UK Prime Minister and President Ghani also discussed global efforts to tackle the pandemic and the rollout of vaccines in Afghanistan and the UK.