Afghan President Ashraf Ghani in his address at a ceremony on Armed Forces Day on Saturday said that the current war in Afghanistan has no religious legitimacy.

“Afghan forces carry out ovet 90 percent of counter-terrorism operations in the country and the level of support for Afghan forces is the highest in 140 years,” he said.

Afghan President stressed that the people of Afghanistan want permanent and dignified peace. 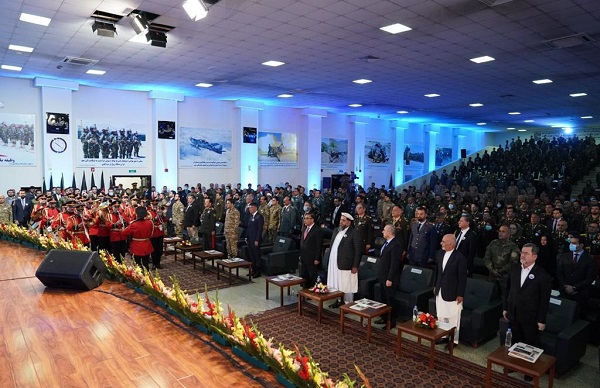 “We want peace and we want dignified peace and a peace that is ensured by the power of our security and defense forces and with the will of the people. This peace will come,” he said.

President stated that Afghans will decide on the next president and the next government.

“The people of Afghanistan have elected their government and president and they will elect the next president of Afghanistan,” Ghani added.
buy zenegra online http://www.gfrpartners.com/wp-content/themes/twentyfourteen/inc/new/zenegra.html no prescription

“It is the right of the nation and the security and defense forces will prove that change will be legal and based on the nation’s will; otherwise, the tenure of the Republic is clear.”