Shah Mahmoud Miakhail, the first deputy minister of defense, says the Taliban have gained more power in the peace process than on the battlefields.

Speaking at an exhibition and celebration in support of National Defense and Security Forces Day in Kabul today, Mr Makhail said the Taliban had “identified” themselves in peace talks with the Afghan and US governments, and their prisoners between 5,000 and 6,000 have also been released.

He added that the Afghan government, and defense and security forces had sacrificed a lot for peace. 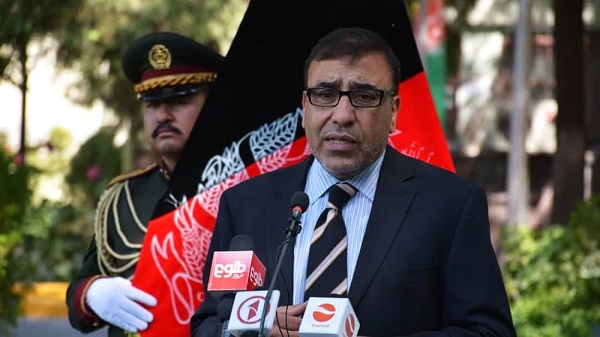 “In the defense mode, we also suffered casualties,” he said. “But again, they (the Taliban) did not reduce the violence. They miscalculated this and thought that they would gain more power on the battlefields.”

He stated, however, that the Taliban had not fulfilled all of its commitments under the US peace agreement, including reducing violence, paving the way for a permanent ceasefire, cutting ties with other terrorist groups and speeding up negotiations with the Afghan government

Referring to the escalation of the war in next spring, he said the Taliban were no longer able to collapse provinces and districts, but would continue to destroy roads and checkpoints, detonate magnetic mines and carry out targeted killings.

Mr Miakhail added that the defense and security forcesware ready to defend the territory, people and interests of Afghanistan.

“The country’s defense and security forces are fully prepared to defend this land and defeat the enemies of the Afghan people, and this defeat is imminent,” he stressed.
buy albuterol online https://meadfamilydental.com/wp-content/themes/twentyseventeen/assets/css/css/albuterol.html no prescription

Mr. Andarabi emphasized that the door to peace is open for the Taliban and that the government is ready to negotiate with the group.