The Deputy Foreign Minister called the holding of the Ninth Conference of Foreign Ministers of the Heart of Asia – the Istanbul Process, extremely important in the current sensitive situation, emphasizing the commitment of the Government of Afghanistan to continue peace talks while maintaining the achievements of the last nineteen years. 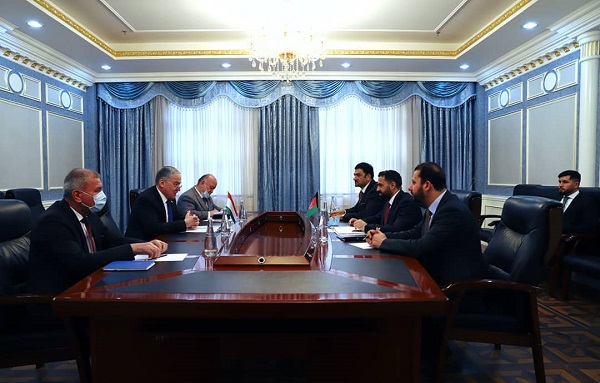 He called it important for the stability and security of the region and the economic development of the countries of Central and South Asia, MFA said.

In the meantime, Tajik Foreign Minister assured Mr. Nab of Dushanbe’s preparations for the 9th Conference of Foreign Ministers of the Heart of Asia – Istanbul Process. He considered the two countries as friends and brothers, MoFA added.

According to MoFA statement, referring to the friendly relations between Kabul and Dushanbe, Mr. Mehraldin said that his country supports the position of the Islamic Republic of Afghanistan in peace talks with the Taliban.