On the one-year anniversary of the peace deal between the Taliban and the United States, Barnett Rubin, a former adviser to the United Nations and U.S. State Department, says Washington and the Taliban are looking for ways to revive their agreement, which has hit numerous roadblocks, Gandhara reported.

There’s still hope for salvaging the agreement, Rubin maintains, if Washington finds a way to recover the time lost in disagreements over the prisoner release. 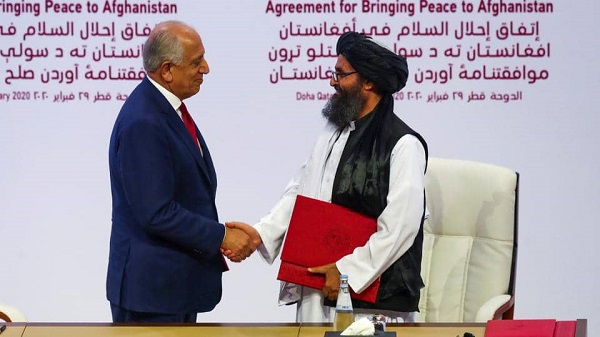 In a wide-ranging interview, Rubin offers his insights about where the deal stands today a year after it was signed in the Qatari capital, Doha, on February 29, 2020.

He also weighs in on the deal’s inherent flaws and whether it main goal is to bring peace back to Afghanistan or facilitate Washington’s extraction from the longest war in its history, which has cost the United States more than 2,300 American lives and trillion.
buy kamagra effervescent online http://www.tvaxbiomedical.com/pdf/releases/new/kamagra-effervescent.html no prescription