At least two security forces were killed and four others were wounded in an explosion in Herat province yesterday evening, local officials said. 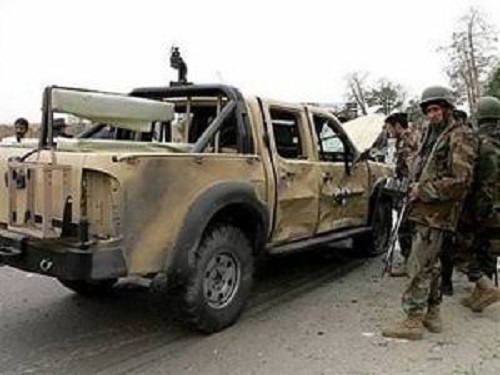 He added that the vehicle of border forces was the target of explosion.