The Minister of Interior, Mohammad Massoud Andarabi says the Taliban militants have suffered a heavy defeat in the battlefields and warned that they would be suppressed if not accepting peace.

Speaking at the government’s accountability program to the nation on Tuesday, Minister Andarabi said the people had expected the peace process to succeed over the past year and ending of the war; but it has not happened yet.

“We have taken many steps towards peace; But the Taliban did not seize the opportunity, thinking that they could gain more power by increasing violence and intimidating the people,” he said.

According to Mr. Andarabi, Taliban attacks across the country, especially in Kandahar and Helmand provinces, failed, and Taliban fighters suffered heavy casualties during the clashes. 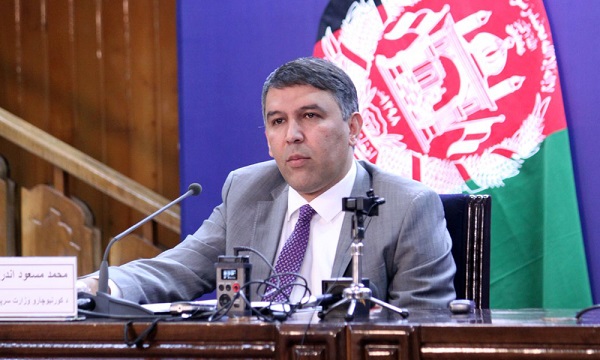 “600 Taliban were killed in Kandahar and Helmand alone,” he said. More than 400 members of the Taliban’s multi-member network were arrested.
buy clomid online https://galenapharm.com/pharmacy/clomid.html no prescription

The Taliban have even lost their credibility among their own members. In Arghandab district of Kandahar, there was a sharp division between the group’s members,” Interior Minister said.

Commenting on a recent allegation by Anas Haqqani, a member of the Taliban leadership, of having drones and missiles, Mr. Andarabi said, “From where did they steal the weapons and now they are showing the media that we have advanced weapons. They have nothing. All their weapons are made in Pakistan. Taliban group propagandizing and has nothing.”

Referring to the Taliban’s readiness to escalate the war in the next spring, the Interior Minister said the Afghan government had not declared war; Rather, the Taliban have done just that.

US Should Stay in Afghanistan Longer to Pressure Taliban: Esper & Gates Say