US Sen. Tammy Duckworth (D-Ill.) on Monday called for the Biden administration to declassify intelligence related to reports that the Kremlin offered bounties to Taliban forces for targeting U.S. troops in Afghanistan, the Hill reported.

“While any intelligence assessment on this matter is understandably sensitive, the American public, and Gold Star Families in particular, have a pressing need to know if there is any truth to these claims,” Duckworth wrote in a letter to Director of National Intelligence Avril Haines first obtained by Politico. 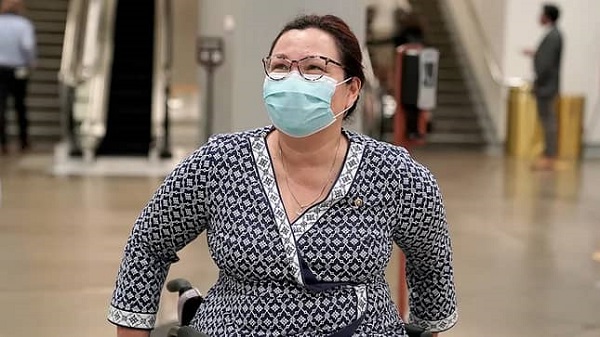 “I believe such a finding may be presented while protecting classified information.”

The intelligence, first reported last year, was dismissed as a “hoax” by then-President Trump. Last September, Gen. Frank McKenzie, who oversees U.S. troops in Afghanistan, said the military was still investigating, adding that the report “has not been proved to a level of certainty that satisfies me.”

Haines has been tasked with reviewing intelligence on recent Russian activity, including the alleged bounty initiative.

In her letter, Duckworth asked for Haines to publish an unclassified report to “provide urgently needed transparency on this grave matter.”
Duckworth, a veteran who lost both legs in Iraq, was one of the leading voices calling for action in response to the report last year. In July, she led a letter from Senate Democrats asking to see the then-president’s intelligence briefings relating to the alleged bounties.