In an interview Friday with Brookings Institution analyst Michael O’Hanlon, Mark Esper said the withdrawal deal negotiated with the Taliban a year ago was always contingent on conditions that the Taliban clearly have not met. 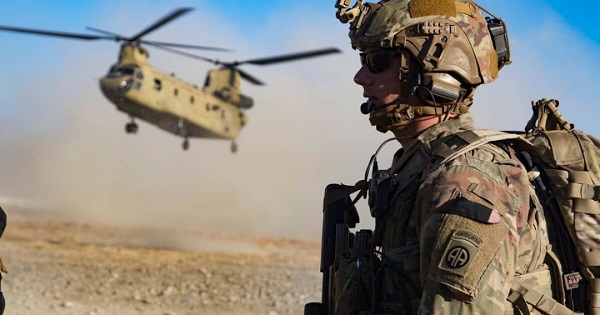 Esper said he would have opposed Trump’s post-election order to reduce U.
buy red viagra online https://www.icriindia.com/uploads/colleges/new/red-viagra.html no prescription

S. troop strength in Afghanistan to 2,500, which he says has effectively undercut any leverage the U.S. had over the Taliban. “I made this clear when I was in the administration at the end, I thought we should hold it 4,500 until the conditions on the ground were met.”

Trump has put Biden in a tough spot, Esper says. “We have to make sure that again, Afghanistan doesn’t become a safe haven for terrorism. And I say that as somebody who wants to get out of there as badly as anyone else.”

In the meantime, Robert Gates, who resisted sending more troops to Afghanistan, argued the “least bad option’ is for the U.S. to stay until the Taliban get the message that the U.S. won’t leave until they get serious about peace.

“My view is that I think the steps the president has taken in terms of hinting that we might not pull the rest of our troops out on the first of May is exactly right. I think that we do need to take into consideration the possibility of having a presence in Afghanistan at roughly the current level, or maybe even slightly more, along with our NATO allies,” said Gates in an interview with Washington Post columnist David Ignatius.