US Special Envoy for Afghanistan Reconciliation Zalmay Khalilzad has proposed the formation of a participatory government in the country that would include the Taliban militant group, local media reported.

The local reports citing credible sources have said that Khalilzad had discussed the formation of a participatory government during his recent meetings with the Afghan political leaders in Kabul.

Sources close to former Afghan President Hamid Karzai and Abdullah Abdullah, the head of Afghanistan’s High Council of National Reconciliation (HCNR), said that the US envoy had handed them a draft of the plan and asked them to share their views as soon as possible.

Khalilzad met with Abdullah in the Afghan capital on Monday and discussed, among other things, the deal that was signed between the Taliban and the administration of former US President Donald Trump in the Qatari capital of Doha last year. 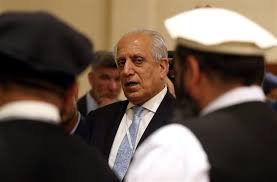 “They discussed peace talks, the review of the Doha peace agreement by the new US administration, the acceleration of the peace process, the second round of talks between Afghans in Doha, reduction in violence, and ways to advance peace talks and achieve lasting peace in Afghanistan,” Abdullah’s office said in a statement.

According to the plan, the peace talks in Doha will be sidelined and a meeting will be held at the international level to discuss the prospect of an interim government that would include the Taliban.

The Afghan presidential palace has not commented so far, but President Ashraf Ghani has in the past rejected the prospect of any interim administration in the country.

Trump signed the deal with the Taliban militant group in February last year, agreeing to withdraw US troops by May this year in exchange for the Taliban to halt attacks on foreign forces.

The new US administration says it has made no decision yet regarding the withdrawal of its troops from Afghanistan, claiming that violence must be reduced in the war-ravaged country.