A member of the Islamic Republic of Afghanistan Peace Negotiations Team Fatima Gailani has attended an online meeting organized by the Georgetown Institute for Women, Peace and Security, the Atlantic Council and discussed the Afghanistan Peace Process.

IRA Peace Team in a statement on Thursday said that Ms. Gailani stated that a good opportunity has been created for peace in Afghanistan and now efforts should be made to move it forward.

She noted that Afghanistan is now in a different political stage, and has introduced a new image to the other side during the negotiations.
buy sildalis online http://www.tvaxbiomedical.com/pdf/releases/new/sildalis.html no prescription 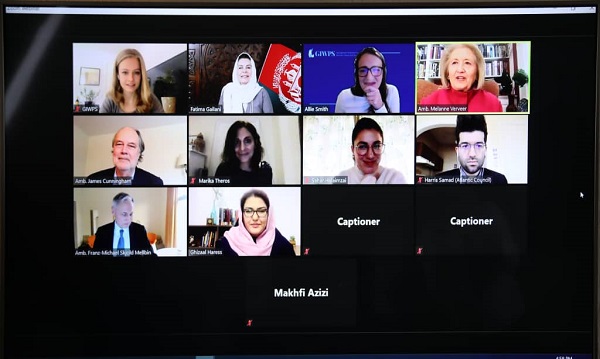 She said the negotiations team’s inclusivity and diversity was one of the strengths of the Islamic Republic of Afghanistan in the peace negotiations.

Fatima Gailani added that the Constitution of Afghanistan guarantees the rights of the country’s citizens, and emphasized the preservation of the values and achievements of recent years.

Ms. Gailani cited that the Negotiation Team of the Islamic Republic of Afghanistan is making every effort to make the peace negotiations a success, adding that both parties’ commitment and efforts are important and necessary for the success of this process.