The Foreign Minister Haneef Atmar has met with Deborah Lyons, the Special Representative of UN Secretary-General for Afghanistan.

The Ministry of Foriegn Affairs (MoFA) in a statement said that the two sides discussed the Afghan peace process, emphasizing the constructive role of the United Nations in strengthening and facilitating peace talks. 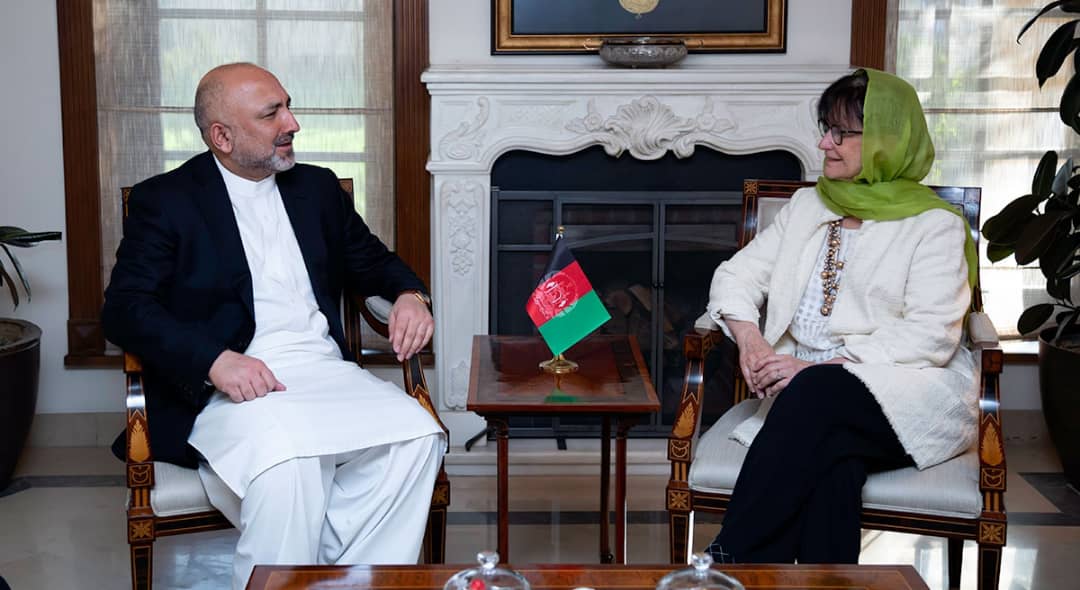 According to the statement, Ms. Lyons stressed the role of countries in the region and the international community in ensuring a lasting peace in Afghanistan, and reaffirmed the United Nations’ continued efforts to expand regional and global consensus.