President Ashraf Ghani says peace is a top priority for the Afghan government and the tranfer of power will happen through elections as a non-negotiable principle for his government.

Addressing a ceremony on the inauguration of the third year of the 17th legislative term of the National Assembly on Saturday, President Ghani said, “Achieving lasting peace is not only a desire for us, but also a sacred goal. While the international declarations and the constitution guarantee the individual rights of citizens, the people have been deprived of their rights to a peaceful life for forty-two years.”

According to him, no decision on the fate of Afghanistan will be made without constant consultation, direct intervention and approval of all sections of the Afghan people. 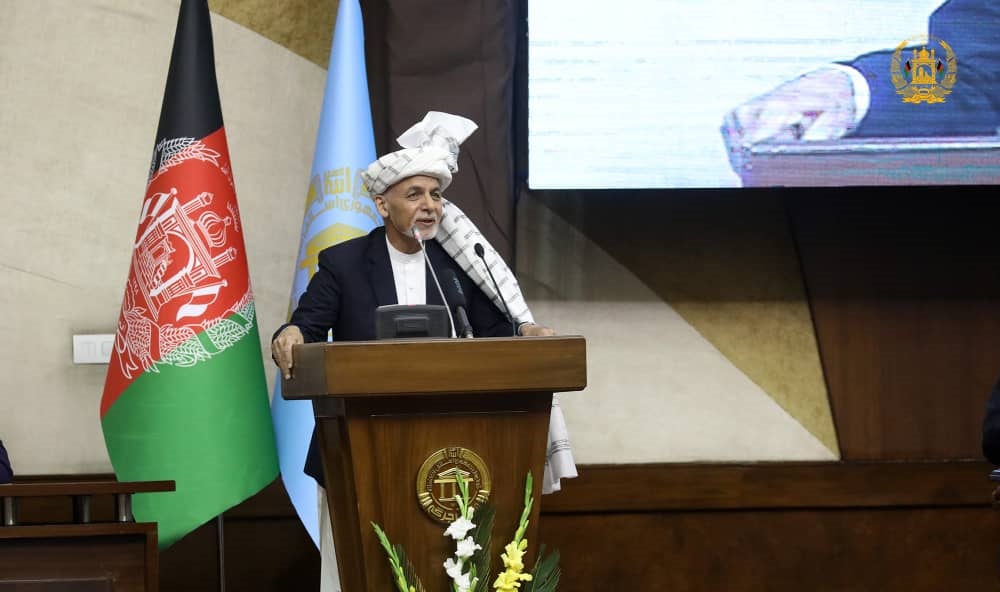 Mr. Ghani said achieving a lasting peace is possible; But a peace that puts an end to violence and brings political, economic and social stability requires commitment and sacrifice.

“Mismanagement of the peace process is dangerous,” he added. “Each step must be managed; Otherwise, not only we will not achieve peace, but there will also be the danger of system’s collapse.”

President stated that he is willing to sacrifice to make peace; But sacrifice is not about people’s bloodshed and going beyond the constitution.

“I advise those who are seeking power that Afghanistan has one gate and one key, and only the people can open this gate to you by voting,” he added.

President Ghani called on the Taliban to prove their peaceful intentions in practice, to stand by their commitments, and to reach a positive conclusion at the negotiating table.