Afghanistan Independent Human Rights Commission (AIHRC) has called on relevant authorities to investigate the Taliban attack on the family of the slain Journalist Bismillah Adil in Ghor province.

AIHRC in a statement on Sunday said that the commission demands the responsible institutions to conduct a comprehensive investigation into this case and the murder of Bismillah Adil, and to reveal the truth, as well as to prosecute the perpetrators with the aim of ensuring justice. 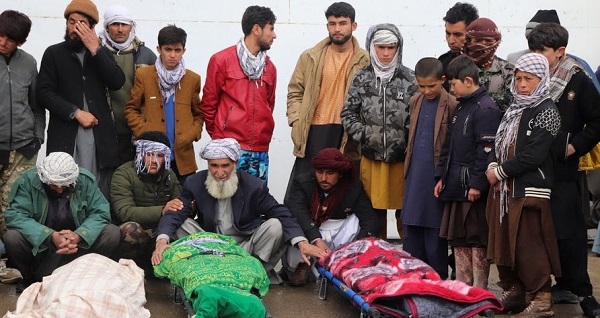 Based on the findings of the rights body, at least three family members of Adil, including a 13-year-old girl have been killed, four other family members wounded in an attack by a local commander of the Taliban group.

“Taliban also took three members of the family with themselves,” the statement said.
buy fildena online https://hiims.in/kidneycare/assets/fonts/flaticon/new/fildena.html no prescription

Reports suggest that the gunmen stormed the family home of Afghan journalist and activist Bismillah Adil Aimaq, who was shot dead in an unclaimed attack nearby Ghor on January 1.