The Ministry of Foreign Affairs (MoFA) says Russia has expressed opposition to the return of Taliban’s regime and stresses further efforts on the peace process.

According to the press release, Russian FM emphasized that Taliban must end the current violence and fully implement the Doha peace accord. 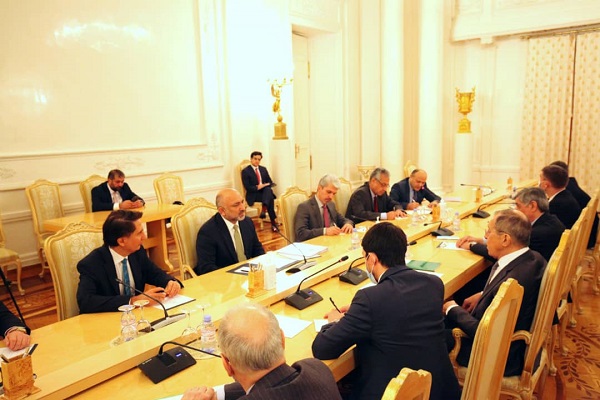 In the meantime, the Foreign Minister Haneef Atmar said that the Afghan government support Russia’s position on the Afghan peace process, particularly the stance that the return of Taliban regime will not be acceptable and also welcomed Russia’s stance on the UN sanctions on the Taliban.

“Durable peace in Afghanistan is possible only within the framework of the Islamic Republic of Afghanistan. The Republic will not allow international terrorism to operate in Afghanistan and this is in the interest of Russia,” Atmar added.