Speaker of the Lower House of Parliament, Mir Rahman Rahmani, has traveled to Tajikistan at an official invitation of Tajik President Emomali Rahmon, at the head of a government delegation.

Mr. Rahmani in his visit to Tajikistan, had a speech in Afghan embassy to Dushanbe on Sunday.

Rahmani said that the government’s negotiating team has been waiting for the Taliban delegation to come to the negotiating table for more than a month and a half, but the group has so far refused to follow up the talks.

The Parliament speaker said that the whole focus of the Taliban is on the continuation of the war in Afghanistan, because the group wants to gain power.

Criticizing the Taliban group’s performance, Mr. Rahmani noted that this winter, according to the group’s commitments, the level of violence should have decreased, but contrary, the number of attacks and violence has increased. 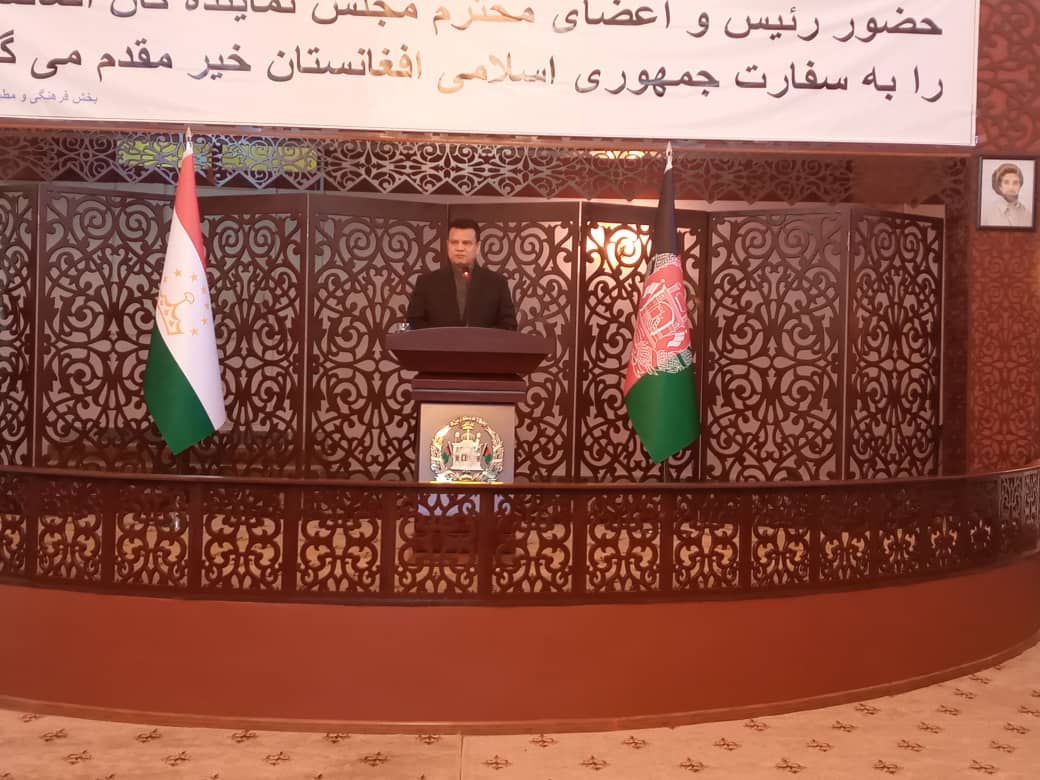 He added that based on the information he received, the Taliban fighters were preparing for the spring offensive and had sent all their forces to the battlefields.

Rahmani stressed that the ongoing peace talks have not created any optimism about security and stability in Afghanistan.

He stated that the government is ready for any kind of negotiation while maintaining the current system and the achievements of the past 20 years.

He noted the purpose of his visit to Tajikistan was to strengthen the spirit of cooperation in the fight against terrorism, and emphasized that the country could use its national and international position to help end the war in Afghanistan.

He also called on Tajikistan to put pressure on the Taliban to return to the negotiating table.

This is the second visit of Mr. Rahmani and the Parliament’s delegation to the neighboring countries for peace talks and discussions.