India and China launched a programme on Monday to train Afghan diplomats as stated by China’s Ambassador to India Luo Zhaohui.

Mr Zhaouhui also said that after the diplomat training, many such joint Indian-Chinese programs for Afghanistan will be launched soon.

This is the first such cooperation between India and China on such a training initiative. 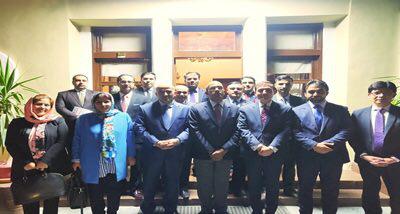 China’s ambassador to India said the joint training of 10 Afghan diplomats at the Indian Foreign Service Institute was the first step in China-India-Afghanistan cooperation that was agreed at a summit between President Xi Jinping and Indian Prime Minister Narendra Modi this year. He added “I am sure that in the future days China-India cooperation in Afghanistan will span from training programme to more concrete projects.”

NAI calls on IEC to Issue Credentials for election coverage