The Ministry of Industry and Commerce met with officials from the International Trade Centre at Kabul on Saturday to discuss the draft of five-year trade policy.

The involvement of private sector meant that the government wanted to get insights from the sector. Once the national trade policy is drafted, it will be forwarded to the high economic council for it to be finalised.

The head of the International Trade Center office in Kabul, Sediqullah Mujaddidi, said “The new policy for five years will have a high impact on Afghanistan’s trade. We hope that the policy will not only increase exports but will also improve Afghanistan’s trade rapidly.” 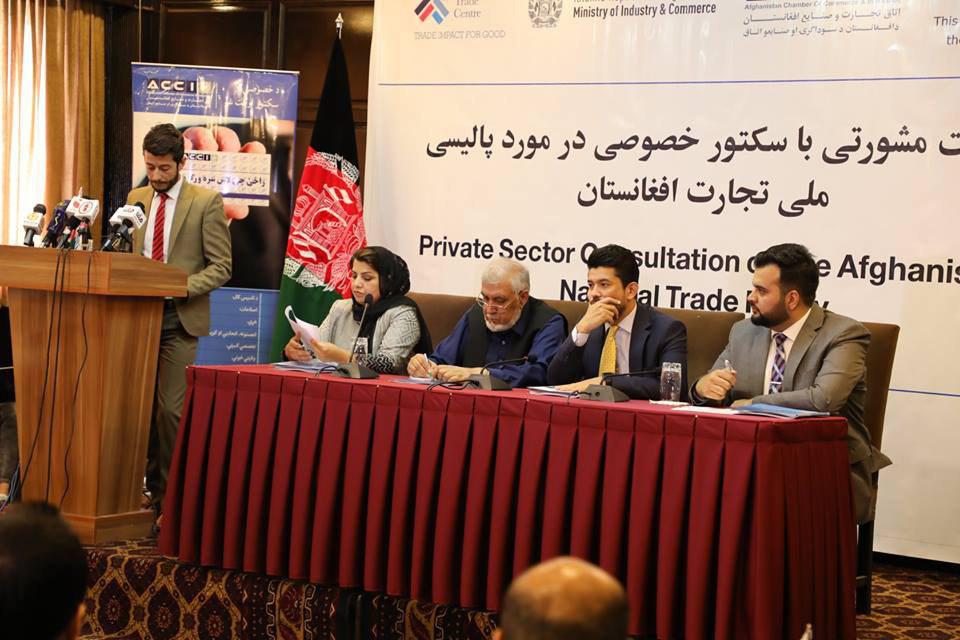 The concerns of officials from Afghanistan Chamber of Commerce and Industries (ACCI) lie chiefly in two issues-lack of rule of international trade laws and lack of plans from private sector.

The ACCI also pointed out that the government should take a stern stance to solve trade problems with Pakistan, who recently put hurdles in Afghanistan’s export of apples to Pakistan claiming they were Iranian apples.