Faryab security officials have reported the killing of three Taliban Red Army commanders in the province.

15 Taliban fighters, including the three commanders of the group, have been killed and seven others have been wounded as a result of air strikes in the Erklilk area of Qaisar distict in the province on Saturday, the press office of the provincial police command headquarters said in a release. 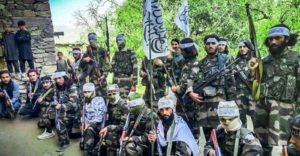 The press release said that the dead and wounded are from the Taliban’s Red Unit.