President Ashraf Ghani on Sunday addressed a ceremony on the establishment of the High Council for Youth, the Presidential Palace said.

Arg in a statement said that President Ghani stated that for each ministry and every government institutions, the High Council for Youth must submit specific suggestions.

“Our main goal is a nation-building process, we have a history of several thousand years and it is clear that from a historical point of view there is no region of Afghanistan that has not been the center of the empire,” Ghani said.

President noted that for forty-two years, the people of Afghanistan have been deprived of their most fundamental collective right, which is the right to peace and stability. 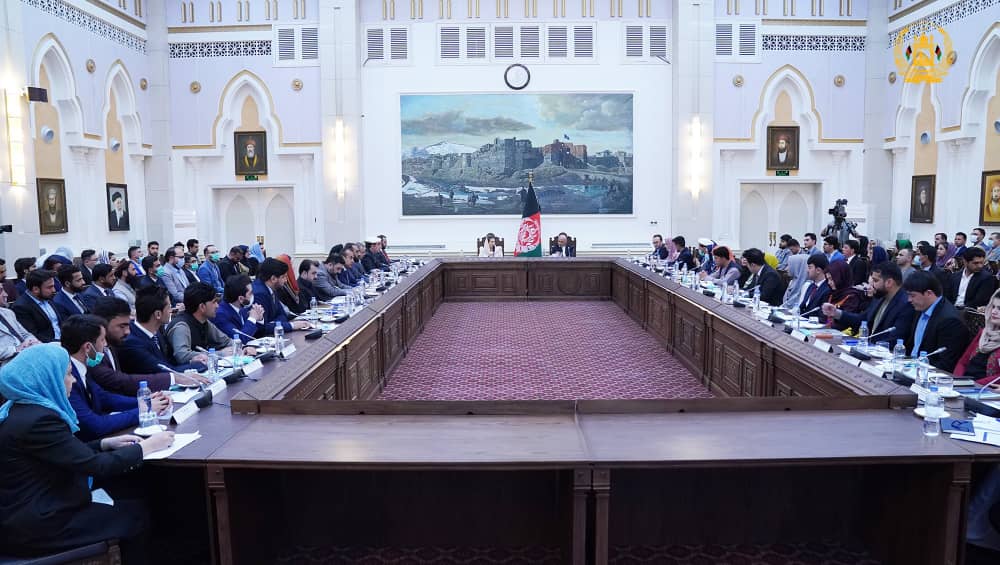 “Anyone who commits prejudice and corruption harms the national unity. We must fight against it,” he said.

Ghani emphasized that every young Afghan should decide which problem in Afghanistan they can solve and in each section the youth should have specific plans.