Afghanistan and Tajikistan on Monday signed a number of memorandum of understandings during President Ashraf Ghani’s visit to Dushanbe, the capital of Tajikistan, the office of Tajikistan’s president said in a statement.

According to the statement, the memorandums was signed between Afghan President Mohammad Ashraf Ghani and Tajikistan President Emomali Rahmon during a ceremony.
Ghani is in Dushanbe to attend the two-day 9th Heart of Asia-Istanbul Process (HoA-IP) meeting. 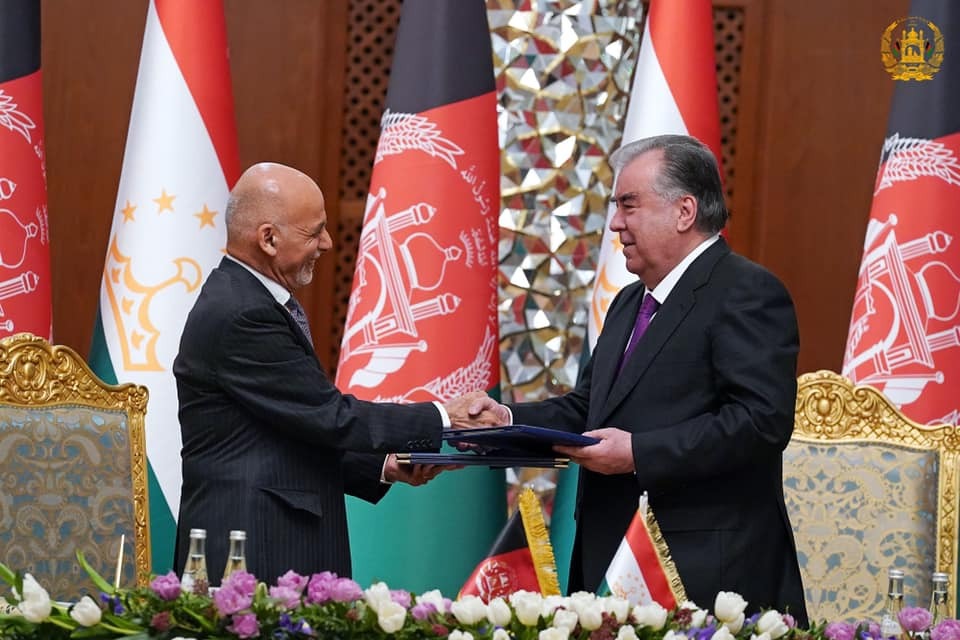 Foreign Ministers and representatives from around 50 countries are expected to attend the conference, where ways to strengthen regional consensus for peace and development in Afghanistan will be discussed.

Tajikistan President’s office said that the following documents were signed between the two leaders:

Program of practical actions (Roadmap) between the Republic of Tajikistan and the Islamic Republic of Afghanistan on the basis of political, security, trade, transport, transit, energy, and cultural cooperation;
Action Plan for the implementation of the Agreement on cooperation between the Ministry of Internal Affairs of the Republic of Tajikistan and the Ministry of Interior Affairs of the
The Islamic Republic of Afghanistan in the fight against terrorism, transnational and organized crime, drug trafficking, and other crimes in 2021-2022.