Afghan President Ashraf Ghani says the war is now unrestricted and the border between war and non-war has been blurred.

Speaking at the National University of Tajikistan on Monday, Mr Ghani said Afghanistan is experiencing the war on a daily basis and that all institutions under construction are under attack.

“Universities and civil society activists and all the institutions we are building are under attack,” he said. “The method of warfare has changed radically. The type of war is indirect. The use of weapons is not the solution. The limits of the use of weapons are beyond human limits.”

In his speech, Mr. Ghani also referred to climate change, saying that environmental change has now become a disaster.

According to him, if the weather in South Asia becomes 2.5 degrees warmer, 100 cities will be without water and about 100 million people will migrate.

“It is necessary to take the environmental situation seriously,” he said. “The environment fundamentally defines the future of human, and if we reach 4 degrees Celsius, life will become impossible.” 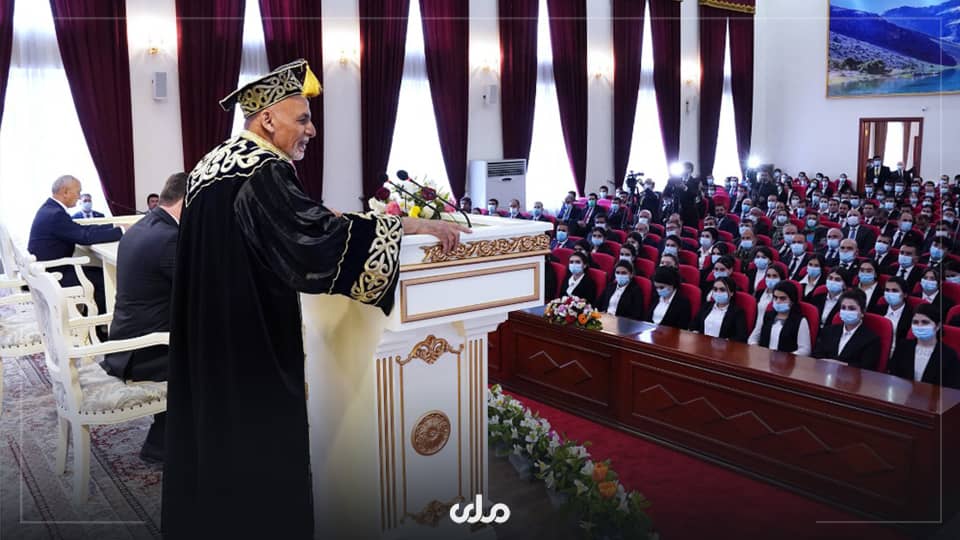 He said the weather in Afghanistan is 12 degrees warmer than average last month, and the mountains, Afghanistan’s largest dam, with snow turning into glaciers, slowly melting and making large irrigation systems possible, now with the speed of water.

In his speech, Mr. Ghani referred to the economic situation in Asia and said that China is likely to become the world’s largest economy in the next five years.

He said that after two hundred years, Asia will again be the center of the world economy.

The president also said that Afghanistan and Tajikistan have no differences of interest and will continue their friendly relationship forever.

He stressed that a stable Afghanistan and a stable Tajikistan provide the best opportunity for international tourism.

It is worth mentioning that at this ceremony, the National University of Tajikistan awarded Mr. Ghani an honorary doctorate.