The second national polio immunization campaign of 2021 has been launched by the Ministry of Public Health, in collaboration with UNICEF and the World Health Organization.

According to the health authorities, approximately 9.9 million children under the age of 5 will be targeted for vaccination during the 5 day campaign.

“If vaccinatorandan health workers are able to reach every child, we can control and eradicate polio in a short period of time.” Dr. Wahid Majrooh – Acting Public Health Minister, speaking at the launch of the national polio immunization campaign.

WHO in a statement said that a supplementary dose of vitamin A will also be administered to children aged 6 to 59 months during this campaign.
“This will help build general immunity among susceptible children to protect them from polio and other diseases.” 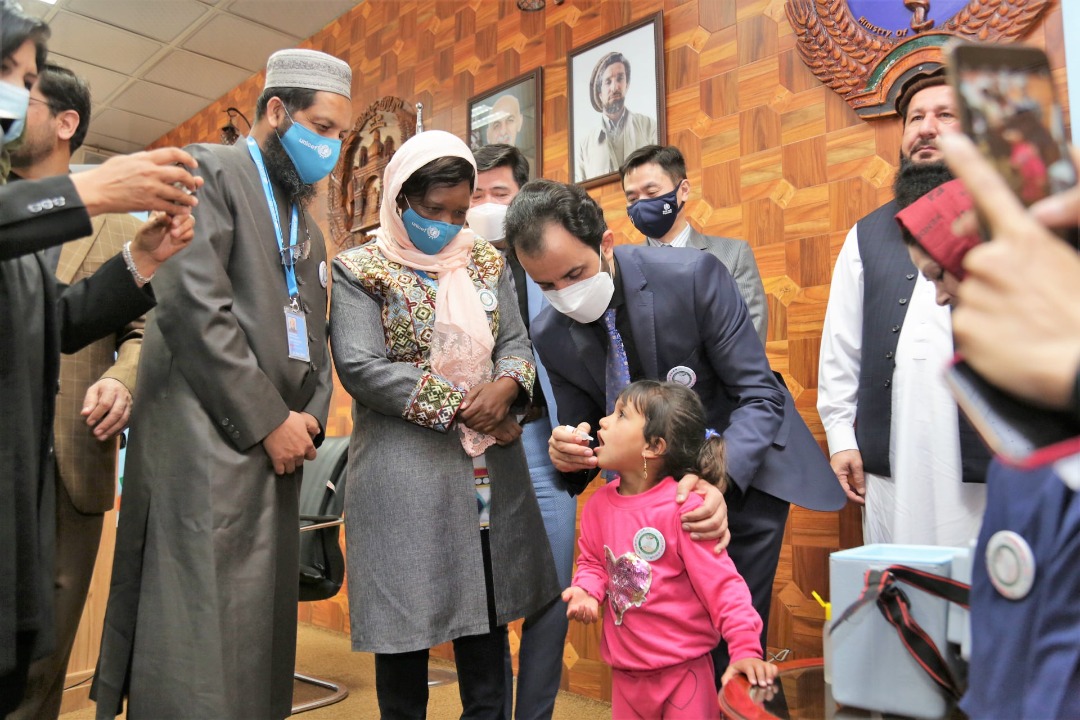 “Although intense efforts are ongoing to eradicate polio, the continued Taliban-imposed ban on house-to-house polio vaccination campaign in some areas of the country has led to immunity gaps among children, making it difficult to interrupt polio transmission,” said Dr Wahid Majrooh, the acting Minister for Public Health.

“Approximately 3.3 million children in the areas where these bans exist are repeatedly being deprived of the polio vaccine in each round of the campaign, which has caused an increase in polio cases across the country, especially circulating vaccine derived polio virus (cVDPV) type-2. If our vaccinators and health workers are able to reach every child, we can control and eradicate polio in a short period of time,” expressed the acting Minister for Public Health.

“Under the leadership of the Ministry of Public Health, UNICEF is committed to eradicating polio in Afghanistan and giving every child the best start in life,” said Alice Akunga, UNICEF Deputy Representative. “We are pleased that this week, the second polio campaign of 2021 will begin across the country – not only vaccinating children against the scourge of polio but boosting their immunity against other diseases through providing vitamin A supplements,” expressed, UNICEF Deputy Representative