Atmar said that “the Taliban aim to seize power by force and do not seem to believe in peace,” while referring to the latest developments in the peace process and calling the high level of violence and civilian casualties in the country, calling it unacceptable.

Expressing his condolences, Skinnari condemned the perpetrators of the barbaric attack and termed Taliban violence unacceptable. He called on the Taliban to accept a permanent and comprehensive ceasefire and pave the way for a political solution and lasting peace.

The Finnish Minister for Development Cooperation and Foreign Trade assured Atmar of his country’s continued assistance in development, governance, human rights, and economy, especially in the field of energy after the withdrawal of the Resolute Support Forces from Afghanistan. 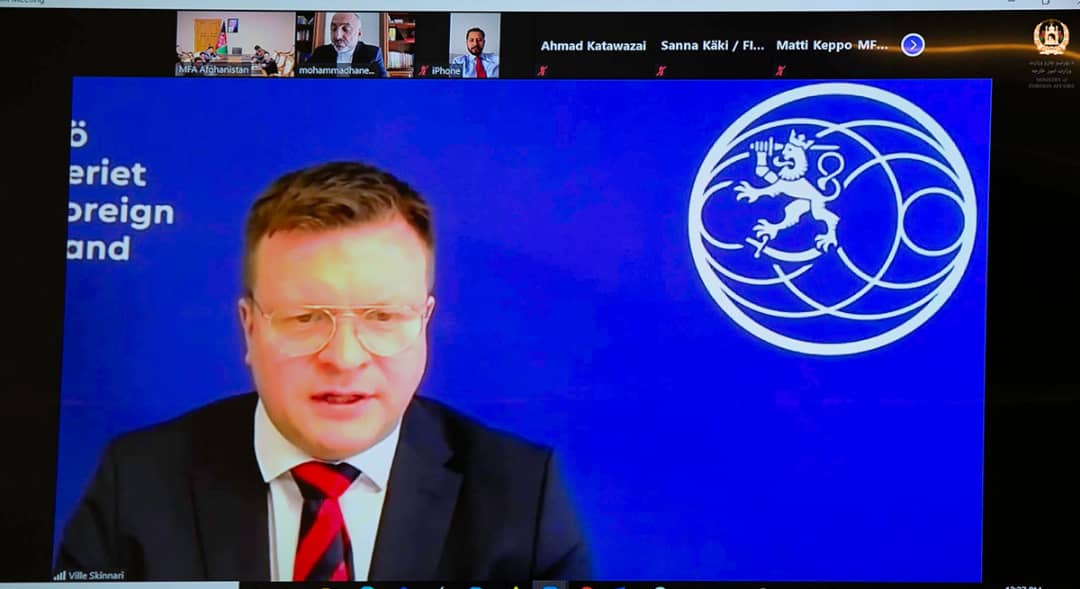 Meanwhile, US Senator Jack Reed during an event at the Reagan Foundation, said that the United States must view its withdrawal from Afghanistan not as closure, but as a transition.

“We still have vital security issues in the region, and the United States must continue to ensure that Afghanistan will not become a safe haven for terrorism, and do all we can to empower the legitimate government of Afghanistan,” said Reed. His remarks come even as there is growing violence in Afghanistan since May 1 when the US began the drawdown.

Reed, who chairs the US Senate Armed Services Committee, said the United States must learn from the past and keep a strong presence in the region to ensure that another situation such as the rise of another terror group does not happen again.
buy aurogra online https://nosesinus.com/wp-content/themes/twentytwentytwo/inc/patterns/new/aurogra.html no prescription