Kabul: The Taliban is only interested in seizing power and not peace, said the Afghan ambassador to the US, Roya Rahmani, in an interview with The World.

During the interview, Rahmani stated that the security situation in Afghanistan is not changing and Afghans are suffering daily because the conflict is about power for the Taliban.
buy levaquin online pavg.net/wp-content/themes/twentytwentyone/inc/en/levaquin.html no prescription

“The Afghan government is doing all that they can. There is an environment of conflict that is continuing to exist because of the Taliban’s continuous violence. The president has done everything that we can do to move the negotiations forward and is working continuously with all the political factions in Afghanistan. He is trying to solidify the consensus for a united front. During the negotiations, he has announced that he is willing to shorten his term and resign for his successor, given that they would continue a peace mandate. So, from our side, we are willing to do all we can. The problem is that the Taliban, unfortunately, have presented that they are not interested in peace, but in power,” the ambassador stated.

On the deadly attack on the school in Kabul, Rahmani said, “The people who are behind these attacks are terrorists. To stop it, we need the support of our international allies, the regional community, the regional countries, because we have to also look at where the terrorists are able to get their finances there, how they are able to get the explosives within the country, how they are managing these attacks. All of these different aspects of this conflict need to be addressed.” 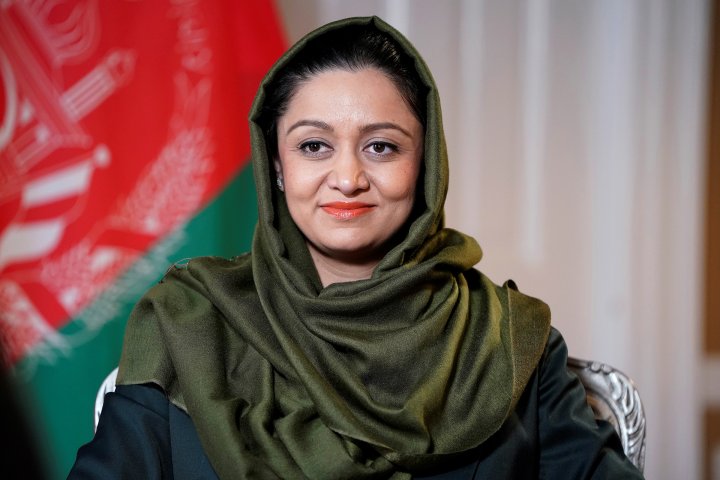 When asked if the withdrawal of troops will help solve the Afghan crisis, she said that the conflict will continue as long as any group would try to impose on the Afghan people their way or their view. “We respect the decision that the US has made. But as President Ghani has said, it is a risk and opportunity at the same time. There is no reason for this conflict to continue. The very basis of the continuation of conflict by the Taliban was that there is the presence of foreign troops. But, that is finished. The troops are withdrawing. So, what is the reason that the Afghan people are continuously suffering and bearing the brunt of this? It is a conflict and perpetuation of violence merely for power and at the expense of innocent citizens of Afghanistan,” she said.

Meanwhile, Shaharzad Akbar, the chairperson of the Afghanistan Independent Human Rights Commission, also stated concerns about the representation of women in peace talks and rising violence against women and girls. “If there are no women in the room or very few women in the room, of course there will be no meaningful discussion about women’s rights in the future of Afghanistan or even human rights in the future of Afghanistan. If there are no victims of war who are being represented and being heard by both parties, there will be no attention to justice and human rights,” she said.

The rights’ activist also stated that there is an urgent need to put pressure on the international community, including the US and the UN, about the responsibility that they have to the Afghan civilians and to the Afghan public in general and reminding them that military withdrawal should not mean forgetting Afghanistan and the Afghan public in this difficult moment. The activist called for an immediate end to the rising violence.

Even Masoom Stanekzai, the head of the negotiating team of the Islamic Republic of Afghanistan in Qatar, said that sacrificing people and destroying the country, is neither in line with Islamic principles nor in the national interest of the country.

Stanekzai tweeted on Wednesday that even on the occasion of Eid al-Fitr when everyone celebrates, people of Afghanistan have been mourning for many years.
“The scholars of the country and the world and the leaders of the Islamic countries have a great responsibility. They should not just watch the ongoing tragedy in Afghanistan continue, but should take responsibility for putting out this 40-year-old fire,” he said in his Eid message.

Meanwhile, the level of violence and attacks by the Taliban has increased sharply during the days of Ramadan, and during this month, seven provinces of the country witnessed heavy clashes between government forces and Taliban fighters.