Kabul: Even though there are widespread protests by residents, Mohammad Dawood Laghmani has been introduced as the governor of the Faryab province on Monday in the First Army Brigade command on the outskirts of Maimana, the capital of Faryab province.

The location was an army base as protests by the National Movement Party’s supporters have grown and the governor’s building in Faryab province has been surrounded by protesters and all roads in Maimana are closed.

Following the protests against the nomination of a new governor for Faryab, the National Movement Party, led by Marshal Abdul Rashid Dostum, warned that protests by supporters of the movement would continue until the government responded positively to the people’s demands for a new governor.

The protests began 20 days ago against the government’s move to remove Naqibullah Fayeq from Faryab province and appoint Laghmani to the post. Although the protests subsided, they intensified again on Saturday. 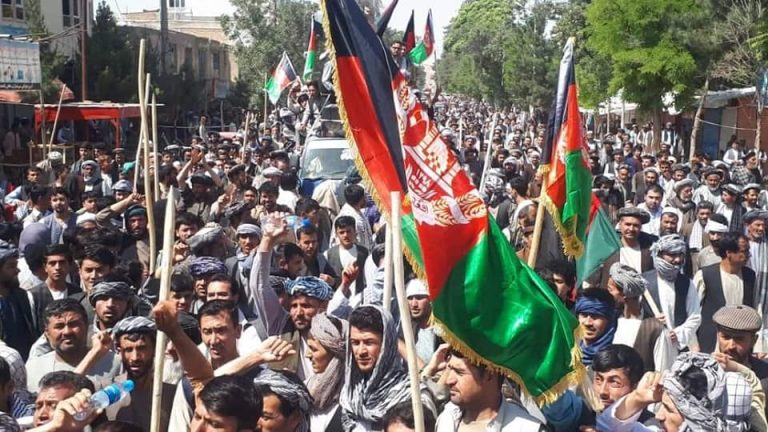 Since earlier in the day, the speeches by Marshal Abdul Rashid Dostum, the former vice-president and chairman of the Afghanistan National Movement party, were widely circulated in social media along with his supporters and protesters in Faryab.

Marshal Dostum, in a telephone call with his supporters in Faryab, said: “They must be arrested and killed. You have to shoot them in the head.”

After the appointment of Mohammad Daud Laghmani replacing Naqibullah Fayeq as the governor of Faryab, a series of objections have been raised.

Dostum urged supporters not to back down as it is a “historic day” as millions of people support them and said that people must decide their own destiny by electing governors.