Kabul: As per classified intercepts, it has been revealed that the US Chairman of the Joint Chiefs of Staff General Mark Milley had allegedly undermined the then-President Donald Trump and the Pentagon’s civilian leadership as they worked to withdraw US troops from Afghanistan.

Trump administration officials reviewed classified National Security Agency communications that led them to believe Milley was undercutting the president and Defense Department leaders, Axios reported, according to three sources with firsthand knowledge of the documents.

Milley apparently did not agree with Trump’s plans to drastically reduce or completely withdraw troops from Afghanistan and this was revealed through a conversation between a senior Afghan official and an American who had spoken to Milley, with the American saying that he was told the Joint Chiefs chairman had no confidence in the civilian Pentagon leadership, Axios reported. The DOD was led at the time by Acting Defense Secretary Christopher Miller and chief of staff Kash Patel, among others. 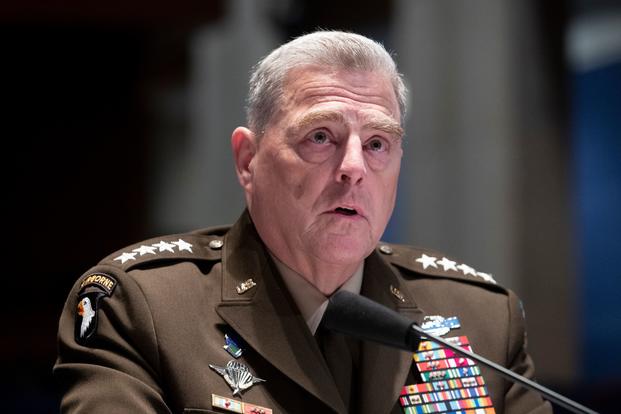 In another intercept, Afghan officials were alleged to have understood that the top US generals planned to defy the president’s order for a fast troop drawdown and would, at best, slowly respond to Trump’s instructions in hopes of delaying and hopefully stopping the pullout.

The revelation comes at a time when the US is withdrawing troops from Afghanistan and will finish the process by September 11. There are concerns about a power vacuum in the war-ravaged country and the take over of Taliban due to a hasty withdrawal.