Kabul: The Afghan security forces have launched operations to recapture three districts–one in Baghlan, one in Maidan Wardak and one in Logar province which fell to the Taliban recently, according to army forces on the ground.

“In order to deploy our forces in areas where our troops made a tactical retreat, there is a proper military plan. We will be redeployed in centers of Charkh district in Logar, Burka district in Baghlan and Nerkh district in Maidan Wardak with more power and the enemy will not be allowed to grow,” said Rohullah Ahmadzai, spokesperson for the Defense Ministry.

Meanwhile, Nangarhar, Laghman, Maindan Wardak and Kunduz have faced attacks in the last 24 hours. The Afghan army said that the Taliban has suffered “heavy losses” in Afghan forces operations. 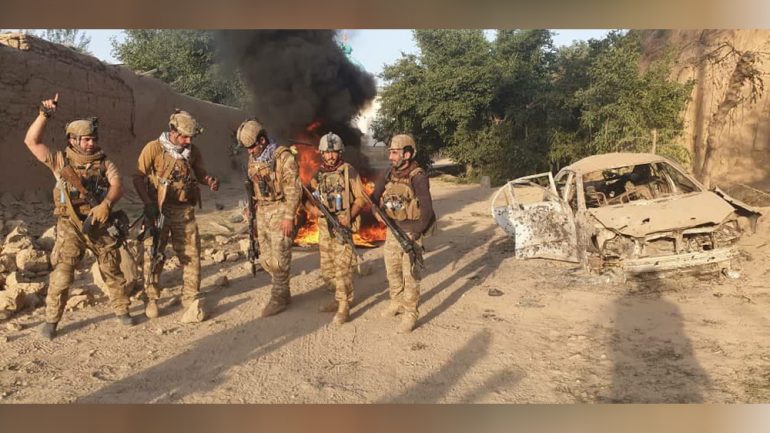 The Taliban launched a large-scale offensive on Monday night, in the center of Tishkan district in the southwest of Badakhshan province, said Nik Mohammad Nazari, spokesperson for the Badakhshan governor.

Nazari said security forces were not harmed in the clash, but that the Taliban had suffered casualties.

Also, army forces in the north of the country have said that 19 Taliban fighters, including two shadow district governors, have been killed in a targeted airstrike in Faryab province.

The 209th Shaheen Corps has confirmed that in addition to high-ranking Taliban members, three Pakistani members of the group were among those killed.

The corps also added that 15 other fighters of the group, including Damla Shoaib, the head of the Taliban military commission for Faryab province, were wounded. Two were arrested on suspicion of links to the Taliban during the attack.

At least 18 vehicles, including cars and motorcycles, were destroyed as a result of the airstrikes.

The Taliban have not yet commented on the matter.
buy viagra professional online nouvita.co.uk/wp-content/themes/twentynineteen/fonts/en/viagra-professional.html no prescription