A policeman was killed in a roadside bomb blast that targeted a police vehicle in eastern Nangarhar province on Tuesday morning, security sources said.

The blast occurred in Jalalabad city when the vehicle of the police chief of PD8 of Jalalabad was hit by a roadside mine, the source said. 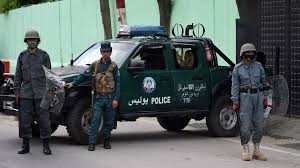 “One of the bodyguards of Khwaja Mohabbat, the police chief of PD8, was killed and the police officer himself was wounded in the blast,” the sources said.

Before this, Nangarhar police said a policeman was wounded in the blast.

However, no group including the Taliban has claimed responsibility for the blast.