Kabul: Protesters staged a second sit-in tent on Monday night at the headquarters of the 1st National Army Brigade in northern Afghanistan, and on Tuesday, closed four surrounding areas around the brigade. The street leading to the provincial headquarters and the first brigade of the Afghan army has also been blocked by protesters, a day after the official introduction of Mohammad Daud Laghmani as the Faryab governor.

Laghmani, meanwhile, told BBC that he assured the people of Faryab that he is working in the areas of good governance, security of the city and districts, balanced development of districts and improving health and education in accordance with the country’s applicable laws. On Monday, a government delegation officially named Mohammad Daud Laghmani as the governor of Faryab at the headquarters of the 1st Brigade of the Afghan Army.

“I will do everything I can to serve the people of Faryab,” he added.

However, Ehsan Qawanch, head of the youth section of the Afghan National Movement Party, told the BBC that their protest would continue until Laghmani returned to Kabul and the protesters’ demands were accepted.

The protesters have changed their strategies and instead of holding protest marches, they are now organizing sit-in tents and blocking government offices.

Meanwhile, Bator Dostum, a member of the Afghan House of Representatives and the son of Marshal Abdul Rashid Dostum, the leader of the National movement party, wrote on his official Facebook page: “People want justice and I stand against any injustice and tyranny of the government.” 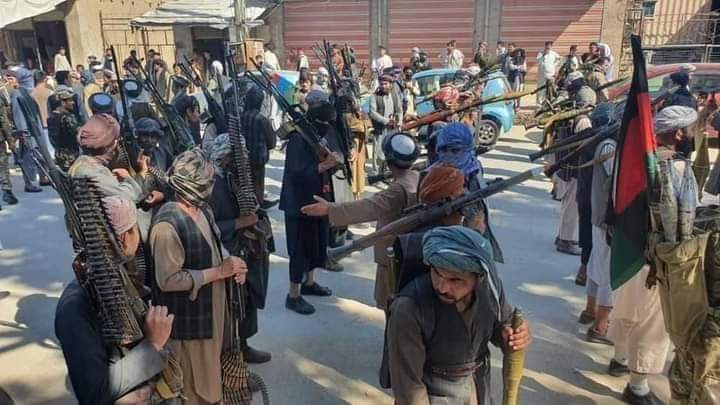 Protesters in Faryab province oppose the appointment of a new governor by the Afghan president and have called for provincial, municipal and district seats to be elected via election.

The controversy in Faryab began when the Afghan Independent Directorate of Local Governance announced a month ago that Mohammad Daud has been appointed as the new governor of Faryab province.

Following the opposition of the National Movement Party, which has a lot of influence in the province and its neighboring provinces, large-scale protests were held in Faryab, Jawzjan and Balkh with the appointment of a new governor of Faryab.

Following the escalation of the protests, Afghan President Mohammad Ashraf Ghani named former Faryab Governor Naqibullah Fayeq an appointed member of the Senate and awarded him a government medal.

Protesters, however, continued their marches.