Kabul: Emphasizing what peace in Afghanistan means to the region, Abdullah Abdullah, chairman of the High Council for National Reconciliation (HCNR), on Wednesday said that peace and stability in the country will lead to stability in the region which in turn will help in implementing large-scale regional plans and the Belt and road initiative (BRI) of China.

With this plan, China wants to connect two thirds of the world’s population in seventy countries through a network of land routes (belts) and sea routes (roads) and Afghanistan is a major country in this route.

Abdullah’s remarks at a seminar on “Discussing the Hundred Years and Joint Support for Peace in Afghanistan” in Kabul, came just days after China had expressed concern that if a hasty troop withdrawal takes place, Afghanistan will become unstable and this will lead to problems for the BRI. 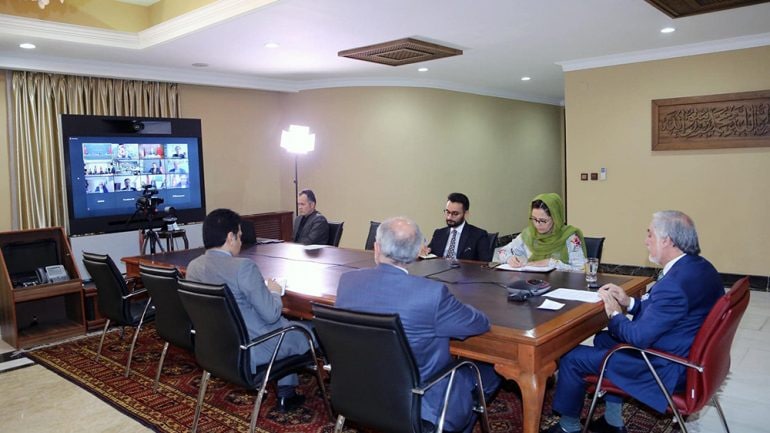 The chairman of High Council for National Reconciliation added that the people of Afghanistan want peace and that the leadership of the council, despite the escalation of violence, is working to achieve a political solution with the consensus and support of the people.

“After 2001, we tried to solve the country’s problems,” he said. “Despite the challenges, Afghanistan has changed today, and we have a lot of spiritual and material resources to work with China and the region.”

According to Abdullah, peace cannot be achieved unilaterally, and efforts, commitment and joint work are needed to achieve peace and stability.

At the seminar, Sang Tao, Minister of International Relations of the Central Committee of the Communist Party of China, and his deputy, Xinzhou, stressed on the good relations between Afghanistan and China.